Q&A: Will.i.am dubs his Puls wearable a bracelet, not a smartwatch

Will.i.am, during an interview, explained the thinking behind his wearable device 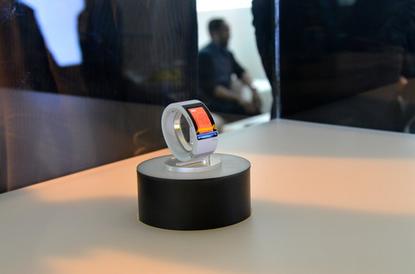 Will.i.am's new Puls smartwatch, with a blurred Will.i.am in the background.

But don't call it a smartwatch.

"Just because it's on your wrist, this is not a watch," Will.i.am said during a joint interview with the IDG News Service and The Verge, following the official unveiling at the Salesforce Dreamforce conference in San Francisco.

"It's more a cuff than it is a watch. It's more a bracelet," Will.i.am said, referring to the smooth round shape of the device, and the sweet spot between function and fashion Will.i.am, and his brand i.am+, is trying to hit with the unit.

As far as software and apps go, the Puls works similarly to many new smartwatches running Google's Android Wear like products from Samsung and LG, and Apple's upcoming Apple Watch. Do we really need another one of these?

But unlike those devices, the Puls lets users make phone calls without being tethered to a smartphone, by requiring a data plan from AT&T in the U.S. or O2 in the U.K.

The unit is slated to launch during the 2014 holiday season, with a price yet to be disclosed, though still less than a smartphone by a big margin, Will.i.am has said.

During the interview, he sought to explain why the Puls is unique, and why it matters in an increasingly crowded market of competitors. The interview has been edited for length and clarity.