API usage could be a new source of business intelligence

How customers use a company's APIs could provide valuable insights, one industry expert advises 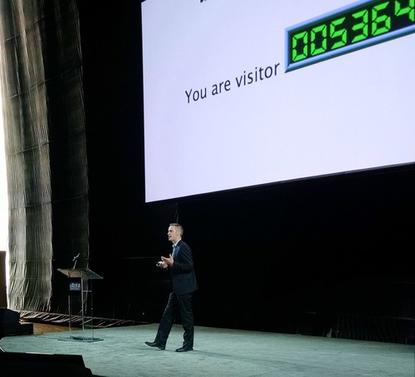 John Musser, CEO of API Science, at the Business of APIs conference, in New York

Just as meaningful metrics have long been harvested from Web traffic reports, so too can an organization learn more about potential customers by carefully studying how they use its APIs, an industry expert advised attendees at the Intel Business of APIs conference.

Many organizations may keep basic statistics on how often their application programming interfaces are accessed, but these metrics could evolve into much more useful key performance indicators, said John Musser, CEO of consulting firm API Science, speaking at the conference in New York Wednesday. Musser was also the founder of Programmable Web, a clearinghouse of API information purchased by enterprise software vendor MuleSoft in 2013.

Musser likened the current state of API metrics to the basic page views from the early days of the commercial Web.

When businesses started using the Internet, they quickly learned that the number of visitors a website, or a particular Web page, gets can be a crude, though somewhat effective, indicator of the success of the business, a particular product, or marketing campaign related to the site.

Over the years, the business of measuring impact through website visits quickly has grown more sophisticated, moving to advanced metrics such as unique and repeat visitors, and conversions, in which a person completes the desired action, such as purchasing the product or service.

Many organizations have installed APIs on their sites over the past few years, allowing third-party applications to access services and data through a series of system calls over the network.

Today, the basic form of API metrics is often simply the number of times the service has been accessed. The more times an API has been called, the more successful that service is, many people conclude.

This approach, however, can produce limited or even misleading results. Musser warned the audience about "API vanity metrics," which are impressive-sounding numbers that don't indicate anything useful. He mocked companies such as Google and Twitter that tout large numbers of API calls, calling them "the API billionaire club." In 2011, for instance, Twitter announced that it had 13 billion API calls a day.

Such numbers can be misleading. Netflix, which has averaged 5 billion API calls, actually wants to lower the total number of calls, by developing richer, more meaningful API calls.

There are many other metrics that could be generated from API calls that would be potentially more useful as KPIs.

Part of the key of knowing what to measure lies in understanding the goals of the organization. "Think about what am I measuring, why am I measuring," Musser said.

In many cases, the line of business that actually owns and runs the API service is not the best judge as to which metrics to collect, Musser said.

If the end goal of publishing the API is to generate paying customers, then a useful metric would be the average revenue per user.

Digital donation service JustGiving, for instance, found that submissions from third-party sources using its APIs account for 20 percent to 25 percent of its revenue, clearly making APIs a worthwhile investment.

Engagement is another valuable metric to track. Productivity software provider Evernote found that people browsing the Internet from their desks save about 15 percent of the content they find, while those using the company's Pocket mobile application save up to 80 percent of the material they encountered. This clearly indicated that the Pocket app was a useful addition to Evernote's portfolio.

One important metric for developers would be what Musser calls TTHW ("Time to 'Hello World'"), or the time it takes for a new developer to get the API to perform a basic function.

Organizations should also take a look at internal metrics, Musser said. Internal APIs are used by employees or internal processes to complete some workflow process. For instance, about 70 percent of all API calls made to the servers of The Guardian, an English newspaper, come from internal sources.

"It is not considered a discipline yet, so there is not a lot of rigor around it," Lopez said.