The laptop maker will leave some markets and cut staff 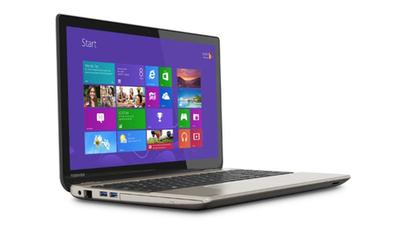 In another sign of the decline of the PC, Toshiba is cutting its PC workforce by about 900 people and sales bases by more than half.

The manufacturer said Thursday it will step up restructuring of its struggling consumer PC operations to focus on sales to business clients.

Toshiba will withdraw from certain consumer markets but it would not specify which ones. It said it will cut its sales bases around the world from 32 to 13 during its 2014 fiscal year, which ends March 31.

It would not say which consumer models will survive the downsizing. Toshiba makes laptops such as the Portege, Kira and Satellite brands, including the first laptop with a 4K display, the P50T-BST2N01.

It's also known for its popular Dynabook brand of PCs in Japan.

"The main reason is to secure consistent profit," a Toshiba spokeswoman wrote in an email when asked about the reasons behind the move.

"Toshiba does not plan to withdraw from the PC business as there are cases in which technologies developed for PC have been transferred to different business areas."

The PC business has enhanced the company's brand, she added. Toshiba will thus emphasize its profitable enterprise PC business and expand its offerings including workstations and tablets.

The revised approach calls for growing business-to-business sales to over 50 percent of all sales in the company's 2016 fiscal year. The company hopes to use its PC know-how in its IoT (Internet of Things) products and services in cloud, healthcare and home appliances.

Toshiba expects the PC restructuring will reduce fixed costs by more than ¥20 billion (US$186 million).

Fifth-ranked Toshiba's share of PC shipments in the U.S. grew to 6.1 percent in the April-June quarter, up from 5.4 percent a year earlier, according to data from IDC. It did not make the top five in worldwide shipments, which posted a 1.7 percent decline from a year earlier.

Toshiba reported that PC sales had "improved significantly" in the April-June quarter, with brisk demand in Japan. It recorded PC sales of ¥167.6 billion, up from ¥155.5 billion a year earlier, but still down from ¥175.7 billion in the same period during 2012.