Nvidia's Shield Tablet for gaming will start at $299, and will ship starting late July 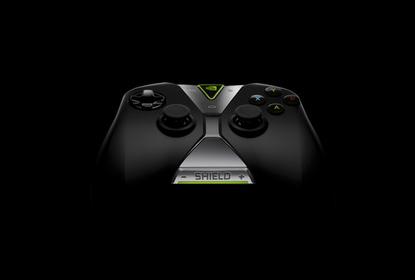 Nvidia wants to bring console-style gaming to tablets with its latest 8-inch Shield Tablet, on which users will be able to play high-definition Android and PC games.

The tablet is priced starting at US$299. It's Nvidia's second gaming device after the $199 Shield handheld gaming console, which has a 5-inch flip screen and shipped last year.

Shield Tablet will be available in the U.S. and Canada starting on July 29, in Europe on Aug. 14 and other regions later this year.

The Shield Tablet is Nvidia's latest effort to gain share in the lucrative gaming market, and the company says the tablet outperforms the iPad Air and other Android rivals on graphics.

The device has been built for "millions of tablet users" who want strong gaming features, said Matt Wuebbling, director at Nvidia.

Gaming has exploded on Android, and 90 percent of revenue from Google Play store is from games, Wuebbling said.

The tablet has Nvidia's latest Tegra 32-bit K1 chip, which has 192 graphics cores based on the Kepler microarchitecture. Kepler is also used to speed up graphics and other calculations in the world's second fastest supercomputer called Titan, which is deployed at the Oak Ridge National Laboratory in Tennessee.

The Shield Tablet has a 1920 x 1200-pixel screen, and can be paired with up to four wireless game controllers, which will be sold separately for $59 each. The tablet could be connected to high-definition TVs through an HDMI connector.

The tablet provides roughly 10 hours of battery life. It is 9.2-millimeters thick, weighs 390 grams and has a kickstand at the back.

Around 400 games will be available through the Shield Hub application on the tablet. About 11 games can take advantage of the graphics cores in the K1 chip, and more titles are coming soon, the company said.

A feature called GameStream will allow users to wirelessly stream games running on PCs to the tablets. Shield's game-streaming features are only compatible with the latest GeForce GTX 6xx series or greater graphics cards on PCs. Like with the Xbox One and PlayStation 4 consoles, users will also be able to run games delivered through remote gaming and cloud services.

The tablet will be available with Wi-Fi and optional LTE connectivity. It will come up to 32GB of storage, 5-megapixel cameras on the front and back, a micro-USB slot and a micro-SIM slot.