Xobni-like tools have been added to Yahoo's mail service 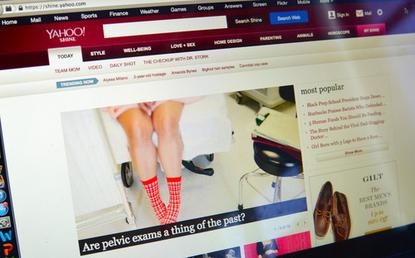 Yahoo said it would be shutting down its Shine women's lifestyle site.

Yahoo is shutting down a range of products, including apps from its acquisition of email management service Xobni, and its Shine women's lifestyle site.

Yahoo announced last year its acquisition of San Francisco-based Xobni, which made products for helping people keep better track of their contacts. At the time, Yahoo said customers could continue to use its products, which were made for platforms including Microsoft Outlook and Gmail. ("Xobni" is inbox spelled backwards.)

Yahoo said Wednesday it is shutting down those products and that many Xobni-like features have been incorporated into Yahoo Mail, such as compose auto-suggest and people-focused mail search. "The technology behind the product continues to inform our current and future user experiences," said Jay Rossiter, senior vice president of Yahoo's cloud platform group, in a blog post.

The company also said it will close its Shine site for women's lifestyle content as of July 31. Yahoo is instead focusing on other recently launched digital magazines covering topics such as food, technology and travel.

Several other Yahoo products are also getting the axe, if they haven't already. Yahoo said Wednesday that it has already closed its Newlook service, a virtual makeover tool; Yahoo Finance's research reports, a "little-used feature"; and Bookmarks.yahoo.com. People instead can use the Yahoo Toolbar on Firefox and Internet Explorer.

Yahoo will remove the Yahoo Toolbar for personalized settings from the Chrome Web store by July 22, to comply with a recent Chrome policy update. There's now an extension for Chrome.

Finally, Yahoo is silencing its Yahoo Voices site and its contributor network on July 31 and at the end of August, respectively,

Since Marissa Mayer took the helm as CEO in 2012, she has been focused on turning Yahoo around through redesigned products, talent acquisitions and new media offerings like TV series. But in terms of advertising sales, Yahoo still struggles to compete against Facebook and Google.