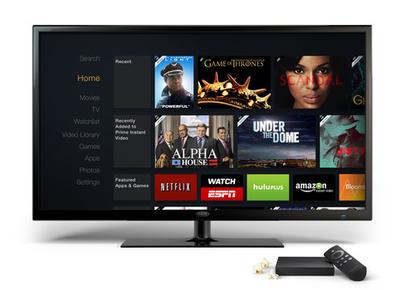 Amazon is organizing a Fire TV developer event in London on June 14.

Amazon.com is hoping to convince more European developers to create apps for the Fire TV streaming media player at a developer event in London.

The company sent out a round of invites on Friday to the event on June 14. The workshop will give developers who take part tips, tricks and tools to create apps for the Fire TV box and the Kindle Fire tablets, Amazon said.

The streaming hardware sector has become very crowded with TVs, set top boxes, game consoles and products like Roku and Apple TV all wanting a place in our living rooms.

When Amazon launched the Fire TV, the ability to play games was highlighted as one major reason to pick the product over competing offerings. But many consoles have failed because of a lack of games, and Amazon needs the help of developers to succeed.

The developer day in London starts with an introduction to the Fire TV platform and a session on what developers need to think about when they develop apps for big screens. During the rest of the day there are also sessions on working with the remote and the Fire Game Controller as well as app testing.

Fire TV was launched in the U.S. about two months ago. Amazon's hasn't announced any details on its European availability, but the fact that the company is organizing a developer event in London hints it has plans for a launch in Europe, as well. Amazon didn't immediately reply to questions about the availability of Fire TV outside the U.S.

To attract developers, Amazon needs to sell a critical mass of devices based on the Android-based Fire OS, including tablets, the Fire TV and a long-rumored smartphone, which is expected to be launched on June 18 in Seattle.

Out of five developer events organized by Amazon, the London edition is the only one taking place in Europe. Amazon has already organized two workshops in New York and one in San Francisco. The last U.S. edition will take place in Washington D.C. on July 12.

Developers who want to attend either the workshop in London or the one in Washington D.C. can sign up on Amazon's developer website.