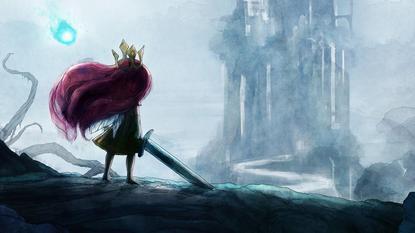 The PlayStation Network has grown and evolved quite a bit since it made its debut with the PlayStation 3 in 2006. Back then it was mostly a curious distraction, but nowadays it has become a serious distribution platform for both games and movies alike.

PlayStation Network already has its fair share of compelling DLC (downloadable content) and indie games, but the release of PlayStation 4 is helping to ramp up the content. We’ve selected our top five downloadable games to play while you are waiting for the next big AAA title to come out.

As a Ubisoft game, Child of Light does not skimp on production values. It has visually appealing art style complemented by detailed backgrounds and light effects.

The story centres around a girl stuck in a dream world that needs to collect all sources of light in order to escape. Fortunately, the girl has access to light-based attacks to aid her in her quest.

On the surface, Child of Light may look like platformer due to its 2D environment. However, it feels more like a side-scrolling RPG that requires you to fly to platforms instead of jumping.

The well balanced role playing gameplay and stylish presentation will immediately draw you in. While the boss battles sometimes lack variation, it is a small complaint in an otherwise enjoyable adventure.

Child of Light is available on PlayStation 3 and 4, as well as Xbox 360 and One, Wii U and Windows.

Fez was a surprise hit when it originally came out on the Xbox 360, and now PlayStation owners are able to see what the fuss is about. Essentially a 2D platformer, Fez adds a unique twist by incorporating a 3D world element.

The game’s title derives from the hat worn by the platforming protagonists, which unlocks a third dimension to the normally flat world. The dimension mechanic is used to solve environmental based puzzles, which helps to differentiate Fez from other straight up platformers that only require the player to run from left to righ.

The game world is composed of four sides of a cube, and you rotate this environment to realign views and create new paths. It is a simple game mechanic that works surprisingly well and leads to some interesting logic puzzles.

The game’s visuals are simple and probably the least impressive aspect of the game. But what it lacks in appearance it makes up with well designed and addictive gameplay.

Luftrausers is a plane game that acts as a throwback to those simpler days of gaming. The aim of the title is to take flight in your plane of choice and survive attacks from both air and sea.

How you intent to take on the enemy forces is entirely up to you, as you have access to over 125 combinations of weapons, bodies, and propulsion systems. Once you’re set, all that’s separating your from a mid-air explosion are your reflexes.

Luftrausers has a simple presentation and colour scheme that is reminiscent of an original GameBoy title. For that reason, as well as the simple gameplay, Luftrausers feels more at home on the Vita than on consoles.

Despite the basic presentation of the game, the addictive gameplay shines through. The game can get a bit difficult at times and the addition of colour palette swaps is not that useful, but you’ll likely be too busy surviving dogfights to notice.

LuftRausers is available on PlayStation 3 and Vita, as well as Windows, Linux and OS X.

TowerFall started life as a downloadable title for the Ouya microconsole following its popular and successful Kickstart campaign. Several indie titles have been released for the Ouya since, but TowerFall is often labelled by many as the best game on the console.

PlayStation owners can now see if the hype is justified with the upgraded version of the game, titled TowerFall Ascension. The aim of the game is to survive this tough environment while making the most of your limited arrow supply.

You can pick up arrows left by enemies as players, as well as catch them in mid-flight if you’re quick enough. The game has a single player Quest mode that requires you to fight off both monsters and archers, though the game really comes to life when played co-op with a second player.

TowerFall Ascension is available on PlayStation 4, as well as PC.

Kickstarter has become a proving ground for new and untested game concepts, and Strike Suit Zero is one of a growing number of titles to raise its necessary funds. It is also one of the more ambitious games to be on Kickstarter, with detailed graphics made possible by recently release consoles such as PlayStation 4.

Taking cues from Japanese anime, Strike Suit Zero is set in the distant future where an interstellar is taking place. You are set to tip the balance of this conflict with your Strike Suit, which has the ability to transform between a fighter craft and robot.

The wow factor with Strike Suit Zero is hits immediately, with detailed graphics that whiz by at a fast frame rate. Once the excitement over the shooting and explosions dies down, however, the game can become a tad repetitive.

Strike Suit Zero is available on PlayStation 4, as well as Xbox One, Windows, Linux, and OS X.