Intel is establishing a new innovation center in Shenzhen 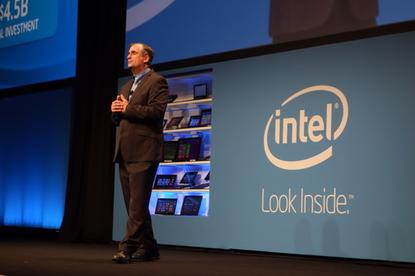 As devices powered by ARM chips flood the Chinese market, Intel is hoping to popularize its own mobile processors with a new center built in the heart of one of China's major technology hubs.

The new innovation center, announced on Wednesday, will be based in Shenzhen and focus on helping Chinese hardware vendors build PCs and mobile devices around Intel chips. Shenzhen is home to many of the nation's tech companies and manufacturers, and has become a key segment in both the Chinese and global supply chain.

Along with the new center, Intel plans to spend US$100 million through its venture capital arm to fund local Chinese product development in the areas of convertible laptops, tablets, smartphones and wearables.

The U.S. chipmaker made the announcements at its annual Intel Developer Forum in China, this time held in Shenzhen. The company is trying to grow an ecosystem around its mobile processors in China, but its chips have yet to gain much traction in the market. Instead, rival ARM processors have become the chips-of-choice for many smartphone and tablet vendors.

Part of the challenge for Intel is that ARM chips can cost vendors significantly less, especially when building products at the lower-end. Not only are Qualcomm and Taiwan's MediaTek bringing mobile chips to the Chinese market, but also domestic ARM processor makers including Allwinner and Rockchip. This is helping local hardware vendors develop smartphones and tablets at around 1000 yuan ($161) or less.

Intel, however, is responding with its own mobile chip code-named SoFIA that's designed for lower-end devices. The first SoFIA chips, which will start shipping in the fourth quarter, will use an Intel Atom chip and have 3G connectivity. On Wednesday, Intel's CEO Brian Krzanich showed off an Android smartphone built with the processor. In 2015, SoFIA chips will come with 4G support.

In addition, the company is developing a new 4G modem for smartphones that can run on China's LTE TDD and LTE FDD networks. It will start shipping in this year's second quarter.

Krzanich also acknowledged the company had missed out on tablets, but the chip maker hasn't given up on the market. For this year, Intel has set the goal of shipping 40 million tablets with its chips, four times more than it shipped in 2013.

To bring more Intel-powered tablets to market, the company is offering to help vendors pay for component and design costs in making the products.