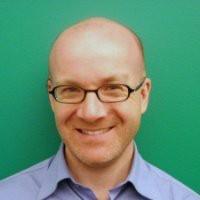 Andrew McLaughlin, a former technology adviser to U.S. President Barack Obama, says the U.S. government has a major image problem because of its surveillance programs.

The U.S. government has a huge image problem worldwide as it promotes Internet freedom on one hand and conducts mass surveillance on the other, potentially creating major problems for U.S. technology companies, a former official with President Barack Obama's administration said Thursday.

Many overseas critics of the U.S. see the Obama administration's push for Internet freedom as "profoundly hypocritical" in the face of the NSA surveillance revelations and a continued push by U.S. trade officials to have U.S. trading partners filter the Internet to protect against copyright violations, said McLaughlin, now president of Digg, the online news aggregation service.

The NSA surveillance has led to an intense "level of anger and the degree of betrayal" in many countries that U.S. policy makers don't seem to fully appreciate, he said. And many countries have begun to explore other options beyond U.S. technology companies because of the surveillance revelations, he added.

There's now a perception outside the U.S. that the country's technology companies "are willing instruments of violation of civil rights and civil liberties," McLaughlin said. "We have essentially nationalized what were previously seen as stateless Internet entities."

Many countries will move to use domestic technology companies and require citizen data to stay within their borders, he said. "If you're an American company that sells cloud services, I think you've probably sold your last contract to a foreign government," he said.

But Phil Verveer, former U.S. coordinator for information policy at the U.S. Department of State, disagreed that the U.S. government is being hypocritical when promoting Internet freedom and conducting surveillance. While there's some overlap of the issues, the existence of surveillance does not cut off the freedom of speech on the Internet, said Verveer, now a senior advisor at the U.S. Federal Communications Commission.

"One can recognize ... there is a very large difference between censorship and spying," Verveer said. "On some level, we know that spying and espionage is going to take place. This still doesn't mean we are recommending censorship."

But surveillance does make Internet users think twice about what opinions to express, said Rebecca MacKinnon, a senior research fellow at the New America Foundation and cofounder of Global Voices Online. She called on the U.S. government to embrace the human rights of all Internet users, whether or not they live in the U.S.

"The rights of all Google users, no matter where they live, have to be protected equally if Google is going to be a successful globally," she said. "Despite the fact that [McLaughlin's] former colleagues at the NSA may have been fairly scrupulous about protecting the civil liberties of U.S. persons, they had no mandate to give a fig about non-U.S. persons' rights to privacy or rights to anything else."