As the high-profile damages retrial enters its second day of testimony, Apple experts explain how the damages were calculated 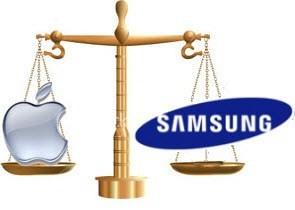 How much value do you put on certain features in the cellphone you buy? Most consumers probably don't assign a dollar value to specific items, but the detailed calculations handset manufacturers make were at the heart of arguments Thursday as Apple and Samsung fight over hundreds of millions of dollars in patent infringement damages in a California court.

Apple is asking an eight-person jury to award it $US380 million in damages for infringement of five of its patents in 13 models of Samsung cellphones. Samsung says it should only pay $52 million, so the value of the features covered by the patents lies very much at the heart of the jury's decision.

The proceedings are a partial retrial of a case last year that found Samsung guilty of patent infringement. The jury awarded Apple $1.05 billion in damages, but U.S. District Court Judge Lucy Koh ordered $450 million struck from the award after determining the jury miscalculated the amount. The jury will recalculate damages after hearing testimony. The question of patent infringement is not being reconsidered.

Thursday morning's testimony began with John Hauser, an MIT professor who carries out "conjoint" marketing surveys that seek to determine how much premium consumers put on certain features. Consumers are shown two products that are identical except for a single feature and different prices and are then asked which product they would buy. By doing that again and again, researchers come up with a value for each feature.

The Apple patents in question cover the phone's ability to automatically switch between single and multitouch gestures, the "rubber-band" effect that makes the screen bounce when coming to the limit of scrolling, and the effect of a tap on the screen to re-center the display after zooming.

The court also heard from Julie Davis, a consultant hired by Apple to determine how much Samsung should pay for the infringement. She and others working on the question spent 8,900 hours looking at this question alone -- an indication of the amount of work both sides have put into the case -- and came up with the $380 million figure.

"I absolutely believe Apple lost sales," said Davis when asked about her analysis.

Davis said she looked at three types of damages: profits lost by Apple from products they would have sold if Samsung didn't offer infringing products; a slice of Samsung profits from each sale due to Apple from infringement on design patents only; and the amount of reasonable royalties Samsung would have paid had it licensed the technology.

The two experts are part of Apple's case to justify its damages claim.

Samsung hasn't called any of its experts yet, so its lawyers spent most of their time trying to plant seeds of doubt into the minds of jurors about the testimony and how, perhaps, it's difficult to assign a simple value to an individual feature.

The case is 11-01846, Apple vs. Samsung Electronics, at the U.S. District Court for the Northern District of California in San Jose.