Galaxy Note 10.1: It takes more than high-end specs to make a great tablet

This tablet chugs more than a frat boy at Oktoberfest 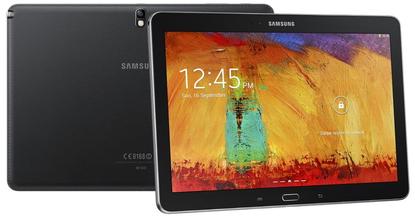 The iPad is the current pinnacle of tablets: It combines solid hardware with user-friendly software, and plays nice with the rest of the Apple ecosystem. Although Android and iOS are on more or less equal footing in phones, Android tablets lag far behind Apple's iPads in ease of use and amount of tablet-optimized software.

The Samsung Galaxy Note 10.1 (2014 edition) is a good example of what's wrong with Android tablets and serves as a reminder that high-end specs don't always equal high-end performance. Samsung's approach of cramming as many features as it possibly can into its devices--sometimes at the cost of removing core Android functions--may have finally come back to bite it in the butt.

It's hard to even call the Note 10.1 an Android tablet: So much of what makes Android Android has been stripped away in favor of custom Samsung apps and extras. Everything would be hunky dory if these additions performed the same or better than their Google counterparts, but most of them just plain suck. Apart from the bugs and random crashes, a number of the preinstalled apps require a separate Samsung account, and the benefits don't really outweigh the time it takes to set one up.

You can still use most of the features of the Note 10.1 without creating a Samsung account, but then you just have a bunch of apps that are taking up space on your tablet for no reason. The same could be said for Samsung's software extras, many of which sound neat until you actually get around to using them.

S-Voice--Samsung's voice-driven digital assistant--is the Kristen Stewart to Siri's Jennifer Lawrence, and is about as useful as bringing a spoon to a knife fight. It has some trouble following commands and only really understands what you're saying if you speak slowly and enunciate all your words. You can still use Google Now on the Note 10.1, but you have access to it via the main home screen or by going to the Google Search app.

The one bit of preinstalled software that works without much hassle (and performs its job well) is the new S Note app. The app takes advantage of the Note 10.1's pressure sensitive stylus and lets you organize your notes and/or doodles into digital notebooks. There's an option to only recognize input from the stylus, making it easier to do handwritten notes. The drawing options are a bit limited, though, so you'll want to get a dedicated drawing app if you're serious about sketching.

The pen is mightier...if you have small hands

Let's talk more about the stylus for a minute: It's housed in a slot on the side of the tablet and you can use it to navigate your way around the Note 10.1's TouchWiz interface. Pulling out the pen from its slot automatically launches the Air Command menu--a small wheel that holds options for taking notes on your current screen or launching Samsung apps that work with stylus. The pen is a little small and really works best for people with small-to-medium-sized hands. If you have larger mitts, you might want to use the stylus sparingly, as it can lead to some rather painful hand cramps.

Impressive build, not so impressive performance

One of the most common complaints about Samsung's devices is that they feel overly plastic and slimy. To combat this, the Note 10.1's back is textured to look and feel like it's covered in leather. The faux-leather makes it feel like you're holding a high-quality folio and makes the tablet a bit easier to grip. The front of the Note sports a gorgeous 10.1-inch display that's super clear and looks quite sharp. It's great for reading books and watching movies, but you'll need to crank up the brightness in order to see it better outside.

The tablet comes in both 16GB and 32GB models, and a microSD card slot on the side lets you add an additional 64GB of storage. The Note 10.1 has an 8-megapixel camera that takes decent photos, but chances are your phone comes with a better shooter. The Note 10.1 can play back up to 9 hours of HD video, according to our lab tests, which is about an hour less than what we got from the third- and fourth-generation iPads.

Although it has an impressive processor and a good amount of RAM, the Note 10.1 still felt sluggish and unresponsive at more than a few times. The tablet stuttered while playing graphic-intensive games like Riptide GP 2, and it would sometimes lock up for a few seconds when jumping in and out of apps. You can close apps you have running in the background to help mitigate some of the performance problems, but it's a kind of a pain to do that every time you want to start up a new app.

Where are the tablet apps?

Speaking of apps, Android's selection of tablet-optimized apps is still lacking compared to what you can get in the iOS App Store. Just finding an app that works on your tablet turns into a game of rock, paper, scissors, and more often than not you'll end up with a phone app blown up to fit on a larger screen. It's the complete opposite of what you experience on iOS, where at least you can tell which apps are iPhone only.

Android tablets still have a long way to go before they can match the experience provided by Apple's slates. The 2014 Samsung Galaxy Note 10.1 has improved specs over its predecessor, but the random slowdowns and overabundance of Samsung software make it hard to recommend over Google's new Nexus 7. If you're craving a tablet with a larger screen and can't do without the stylus, you might be better served to pick up an iPad and spend some extra cash on a dedicated Bluetooth pen instead.