Zuckerberg said, 'You've got to stay focused on doing the right stuff' 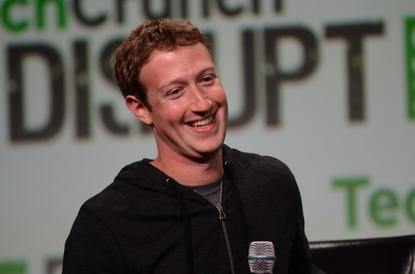 How should Twitter handle an initial public offering? Mark Zuckerberg admits he's probably not the best person to ask.

The Facebook CEO was asked at the TechCrunch Disrupt conference in San Francisco Wednesday for some advice on how Twitter could ensure a smooth IPO.

But Facebook's own IPO was beset with technical glitches and claims of insider trading. "I was worried people would leave the company," Zuckerberg said of the period after Facebook went public.

But, after leading Facebook through a turbulent first year as a public company, Zuckerberg said that the IPO process itself "is actually not that bad."

Zuckerberg was interviewed on stage by TechCrunch founder Michael Arrington.

For a smooth IPO, Zuckerberg said, "You have to know everything about your company. You've got to stay focused on doing the right stuff."

Zuckerberg cited Facebook's strong growth in mobile as an example of the importance of identifying the right areas of focus for a company.

Last year, Facebook basically had no revenue in mobile, and "people thought it was a disastrous thing," Zuckerberg said. But during Facebook's most recent earnings call this past July, the company reported that 41 percent of its total advertising revenue was derived from mobile.

An IPO for Twitter will go over fine as long as the social network "focuses on what they're doing," Zuckerberg said.

Twitter is trying to refine its focus around real-time conversations. The company recently tweaked its site and mobile apps to make it easier for people to carry out conversations on Twitter and post them outside the social network too.

Twitter has launched new advertising products too in an effort to raise revenues with a possible IPO looming. Earlier this week Twitter announced that it had bought MoPub, a mobile-focused ad exchange. MoPub's technology could help Twitter serve ads to more consumers outside of Twitter.com and the site's mobile apps.