The iPhone 5C and iPhone 5S will both run iOS7, a new version of Apple's mobile operating system 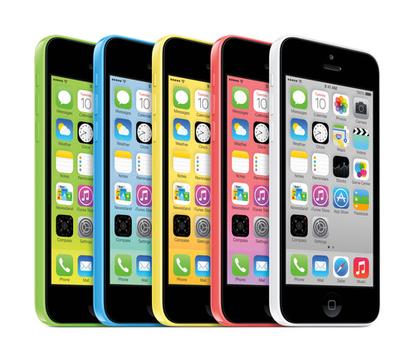 For the first time since it redefined the smartphone market in 2007 with the launch of the iPhone, Apple will sell two distinctly different versions of the handset intended to attract consumers in different markets.

"The iPhone 5 helped take our iPhone business to an entirely different level," said Tim Cook, Apple CEO, during a news conference on Tuesday. "In the past, when we have announced a new iPhone, we've lowered the price of the existing iPhone ... but this year we are not going to do that."

"The business has become so large that this year we are going to replace the iPhone 5 with not one but two designs," he said. "This allows us to serve even more customers."

The iPhone 5C is new, lower cost version of the iPhone most easily differentiated by its bright, colorful case. It's targeted at consumers in developed and developing markets that can't afford the $600 price of the conventional iPhone. In the U.S., the phone will cost between $99 and $199 on a two-year contract.

At the high end will be the iPhone 5S.

It's based on a new microprocessor developed by Apple called the A7. The 64-bit chip should offer a performance boost for users.

"We can use a new modern instruction set, a new Arm instruction set that is more efficient than the others use," said Phil Schiller, senior vice president of worldwide marketing at Apple. "The A7 is up to twice as fast."

The iSight camera is getting an upgrade in the iPhone 5S with a larger f2.2 lens and a slightly larger image sensor. There are new features, such as a burst mode and 120 frame-per-second slow-motion mode, and a new version of the photo software that will result in better pictures, said Schiller,

The third major update to the phone is the addition of a fingerprint sensor. It's intended to make the user's fingerprint the basis of security on the phone rather than a password. The sensor is imbedded into the home button under the screen, so users will just need to place their finger on the button to unlock the device.

Law enforcement officials in the U.S. have been increasingly critical of Apple and other smartphone makers for the lack of security features on their phones. They believe that more secure phones would reduce the incentive of criminals to steal phones, a fast growing area of crime in the U.S. and Europe.

Both the iPhone 5C and iPhone 5S will go on sale on September 20 in the U.S., Australia, Canada, China, France, Germany, Japan, Singapore and the U.K. The iPhone 5C will be available for pre-order from Friday, September 13.

Both phones will run iOS7, the new version of Apple's mobile operating system. The OS will also be available as an update to iPhone 4 and later phones from September 18 at no cost, and that led Cook to make a prediction.

"iOS7 will quickly become the world's most popular mobile operating system," he said.

Both the iPhone 5C and iPhone 5S will be important to Apple as it tries to shore-up and increase its share of the fast-growing smartphone market.

While the iPhone is often ranked as the best-selling smartphone, the large number of phones put on sale by competitors like Samsung are together attracting more customers. That means Apple's market share is falling.

In the April to June quarter, 31.2 million iPhone units were sold, up from 26 million in the same period of 2012, but despite the healthy rise the company's share dropped to 13.6 percent of the global market, down from 16.6 percent, according to Strategy Analytics.