Arrested Development and House of Cards get the first nominations in major categories for online-only programming. 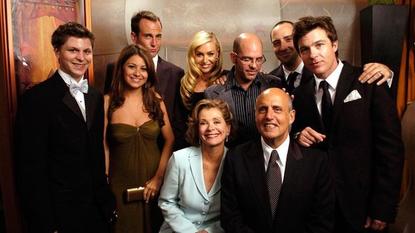 They brought the term "never nude" into our lives, and now may mark a sea-change in TV history.

The fourth season of Arrested Development (Netflix link), reborn on Netflix after its initial run on Fox, grabbed three nominations including a nod towards Jason Bateman for outstanding lead actor in a comedy series.

The Emmys didn't consider online shows eligible for award consideration until 2008, however the nominations for House and Arrested mark the first time online-offerings have been recognized for major categories.

This may mark a milestone for the online medium, as in the past year, on-demand services such as Netflix, Amazon, and even AOL have invested in bringing top-shelf talent into their platforms proving that the best TV may no longer be on TV.