Puppet will acquire an IDE, a software stack delivery service and more Puppet expertise in the deal 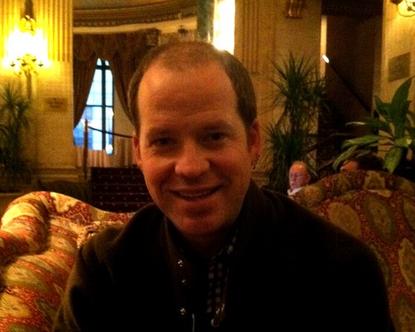 Open-source IT automation software vendor Puppet Labs has acquired Cloudsmith, which provides tools and services that can help administrators and developers more easily use the Puppet software.

Puppet bought Cloudsmith both for its technologies and its engineering expertise, said Luke Kanies, CEO and founder of Puppet Labs. All seven of Cloudsmith's employees will continue to work for Puppet, he said.

Puppet is a well-known name in the emerging practice of DevOps, which seeks to shorten development time of software by having software developers work more closely with system administrators and other IT operations staff.

The New York-based Cloudsmith offers two products, both of which complement Puppet's own IT automation software.

Cloudsmith's Geppetto is a graphical user interface-based editor for building and publishing Puppet modules, one that runs as a plug-in for the Eclipse IDE (integrated developer environment).

Puppet relies on the use of modules, or bundles of code and data that provide Puppet with the instructions to automate routine operations such as software updates and new server deployments. Puppet Labs and software vendors provide some of these modules, and users also create their own.

Puppet has offered its own plug-ins for editing Puppet modules, most notably for the Vim and Emacs editors, though those were written primarily for operations folks, Kanies said. Geppetto, a plug-in for Eclipse, "fits the core developer market very well," he said.

Puppet will relaunch Geppetto next month at PuppetConf, the Puppet user conference to be held in San Francisco on Aug. 22 and 23.

Cloudsmith also offers Stack Hammer, a service for integrating, testing and deploying collections of software, including sets of Puppet modules, as pre-assembled stacks. Customer stacks are stored on GitHub, which users can then run on Amazon's EC2 (Elastic Cloud Compute).

Stack Hammer eases the developer burden of deploying software for testing and production, by providing the pre-built stack of software needed to run the program.

At this time, Puppet hasn't disclosed its plans for Stack Hammer.

"The core technology absolutely will resurface," Kanies said. "We will provide far more services in the cloud, and Stack Hammer will be the heart of that."

Created in 2005, Puppet Labs offers software for managing an organization's computers and software. The software provides a declarative language that administrators can use to specify machine configurations, which then can be used to automate reoccurring deployment and maintenance routines.

In January, VMware invested US$30 million in Puppet.