Microsoft Xbox One could get Windows 8 apps 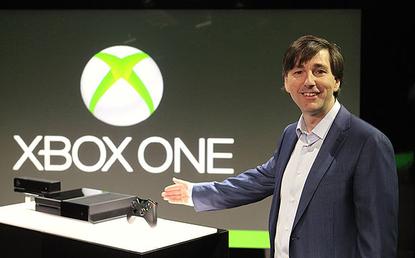 At Microsoft's Build conference the firm suggested that the Xbox One might get Windows 8 apps.

The developer conference was heavily geared towards Windows 8.1, the latest update to the main operating system. However, the firm did spare some time to talk about the Xbox One development platform.

Speaking about how developers can target the Xbox One games console, Steve Guggenheimer, vice president of Microsoft's Developer and Platform Evangelism group, said: "Xbox one has two engines, it's got a gaming engine and it essentially has a Windows 8 engine,"

He was noting how the Xbox One architecture allows the console to run on Windows 8 kernel."Nothing to announce today, but when I talk about that common core you're seeing that common core in action, being able to target other devices devices [sic] over time that run the Windows 8 engine," he added.

The big hint from Guggenheimer was: "If you want to know about how to get a head start about thinking about developing for Xbox One, the logical thing to do is go build Windows 8 applications,"suggesting that Windows 8 apps will either just run on the Xbox One natively or be easily ported over.

If this isn't the case then it's a clever ploy to get more Windows 8 apps developed and added to the still lacking Windows Store.

Microsoft has released the Windows 8.1 Preview version which will be available for free later this year when it launches fully. It could tip up around the same time as the Xbox One which is due to be released in November.