We want to be surprised, CERN scientist says 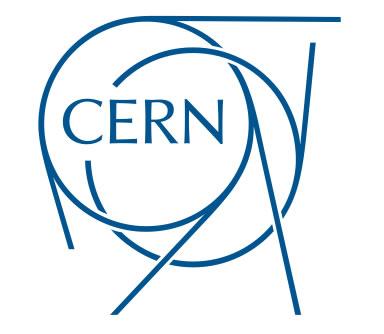 The Large Hadron Collider (LHC) is currently undergoing some major upgrades, which will bring scientists closer than ever before to the secrets of the universe when the particle accelerator is up and running again in 2015.

This week is the anniversary of CERN's Higgs boson announcement, but beneath the Swiss and French border outside Geneva the LHC is hibernating.

The need for the upgrade is related to thousands of electrical connections among the accelerator's magnets, which are used to control the particles, that weren't robust enough for the LHC to run at the energy it was designed to. This design blunder led to major damage to the LHC in 2008.

There are two main areas where the LHC will be improved: energy and so-called luminosity. The energy increase will allows scientists to explore new things.

"If you want to explore and see those things you haven't yet seen you need higher energy. E equals mc squared happens 40 million times a second in the center of our detector. When the energy gets converted into mass we can produce new particles," said Steven Goldfarb, physicist and outreach and education coordinator at ATLAS (A Toroidal LHC ApparatuS), which along with CMS (Compact Muon Solenoid experiment) did the Higgs observations.

ATLAS and CMS along with ALICE (A Large Ion Collider Experiment) and LHCb (Large Hadron Collider beauty experiment) each have their own detector. These are built around collision points and are designed to track the motion and measure particles thrown out in all directions as a result of the collisions.

The luminosity upgrade will help produce more collisions per second allowing scientists to look for rarer phenomena. Goldfarb can't exactly say what the team at ATLAS is going to explore when the improved LHC is turned on in 2015.

"There are any number of theories that predict any number of things what can happen up there. We have so many major fundamental questions about nature and we are going to look at all of those, we have to. It's just human nature," Goldfarb said.

Those questions include learning more about gravity, the lack of antimatter and the 95 percent of the universe scientists can't yet account for. Most of all Goldfarb hopes for surprises when the LHC is turned on again.

"What we all hope for is something to deviate from the standard model and what we expect, then we will really measure that, come up with new theories to explain that and hope we find new physics," Goldfarb said.

At CERN, the staff is still high off of last year's announcement that tentatively confirmed the discovery of the Higgs boson, which scientists theorize is one of two types of elementary particles. Its existence is central to what is known as the Standard Model of particle physics. The LHC, in which protons are smashed together at high speed, was constructed as a way for scientists to attempt to create and study the Higgs boson and related aspects of particle physics. The announcement last July was very emotional because people had invested many years of their lives in discovering evidence of the Higgs boson, according to Goldfarb.

"We live in this world were we are studying all these things that are really important to us. But to see that the world got excited by that means there is an understanding that what we are doing is important," Goldfarb said.

The teams at ATLAS and CMS already had a hunch something big had been found at the end of 2011, when both said they had "tantalizing hints" in their respective Higgs hunt. That resulted in a lot of excitement. The teams at each detector work closely together there is also a healthy competition that leads to better results and a fair bit of anxiety, as well.

"What if they see something bigger and we don't, or the other way around. That results in a difficult situation were we have to doubt ourselves. But that's what we do, we doubt ourselves until nature hits us over the head," Goldfarb said.

But that's what nature did with the results that were presented in July last year. But irrespective of how ground breaking the Higgs boson announcement was, it is still a first step and a window to future discoveries, according to Goldfarb. The LHC is brand new, and it has tested itself very well, he said.

In fact, the Higgs boson discovery came earlier than many had expected, in part, because nobody expected the LHC to work so well, he said.

There is little doubt that last year's discovery has made the groundbreaking work of Peter Higgs, François Englert, Robert Brout, Tom Kibble, Gerald Guralnik and Carl Richard Hagen worthy of winning a Nobel prize in Physics.

"What is kind of sad is that there is no posthumous prize. That has always disappointed me, but that's their rules," Goldfarb said.

Belgian theoretical physicist Brout passed away in 2011. Up to three of the other contributors can share the prize, so the Nobel Committee for Physics and ultimately the Royal Swedish Academy of Sciences have some hard decisions to make.

"It is always hard to contribute anything," Goldfarb said.