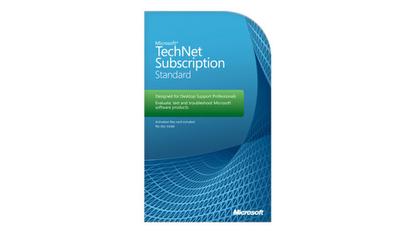 Citing a change in the way IT professionals consume information, Microsoft has closed down its long-running TechNet subscription service.

"In recent years, we have seen a usage shift from paid to free evaluation experiences and resources," read the announcement explaining the discontinuation.

Potential users of the service will have until Aug. 31 to purchase a new one-year subscription and until Sept. 30 to activate it.

For over a decade, Microsoft has run the TechNet site and service to provide forums, tutorials, evaluation copies of software, news and other helpful aids for IT professionals who need to become more knowledgeable about Microsoft software. The subscription service component of TechNet allowed subscribers to install and run full-featured copies of Microsoft's latest software for limited periods of time and offered prioritized telephone support.

Although TechNet subscriptions provided an illicit though relatively easy source of software licensing keys for pirates, Microsoft downplayed that this issue led to the discontinuation, emphasizing instead how IT professionals prefer to no longer pay for downloads and helpful aids, and seek answers from the Web instead.

Microsoft offers the TechNet Standard edition for US$199, though retailers such as Office Depot and CDW usually further discount the package.