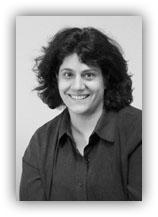 College graduates receiving their diplomas this year were teenagers when the first iPhone debuted and Facebook allowed anyone to create a profile. As this tech-saturated generation enters the IT workforce their familiarity with technology -- especially consumer products -- can lead to communication and work style clashes with more seasoned employees who may not share a passion for digital life.

And while new hires are versed in current technologies like mobile, social media and cloud computing, these recent students may struggle adjusting to professional life. Managers and co-workers may too find themselves at odds when trying to communicate with people who are used to sharing ideas in 140 character bursts.

"If you look at the individual coming right out of school, they're born in the Facebook era," said Corinne Sklar, chief marketing officer at IT consulting and staffing firm Bluewolf. "They leverage technology and expect it to do something for them."

To solve these generational workplace differences, companies are turning to training methods tailored to meet the specific challenges facing college graduates and their managers and co-workers.

Athenahealth, a cloud computing vendor in the electronic health-record market, instituted a mentor program last year that pairs new software developers with more seasoned co-workers who discuss the transition from campus to cubicle. New hires also have weekly check-in sessions with their managers where project prioritization is reviewed, and they attend time and project management classes.

The goal, said Tara Griesbach, senior manager of recruiting, is to bridge the gap between academic and work life. The Watertown, Massachusetts, company is hiring graduates from the class of 2013 to work as software developers and user-experience designers, among other positions.

Some college graduates may find their first foray into the work world daunting and need help finding their place in the office, said Jack Cullen, president of IT staffing firm Modis. Market demand and a generational mentality mean these workers will leave a position if the fit isn't right, making thorough training essential, he said.

"They need somebody to channel them [in the right direction]. That's very critical because in many cases we have higher levels of attrition with the recent workforce because there's more demand then there might be supply right now," he said.

Companies accept that this generation -- trademarks of which include strong collaboration and entrepreneurial skills and creativity -- may require more direction since their background can help the business, Cullen said. "Employers are recognizing the value of their creativity and how research-minded and able to gather that research they are."

Recent college graduates aren't the only group that requires an orientation, he added.

"There has to be as much training for the employees and the manager as there is to train the worker on the environment they're coming into," he said. "These folks have been users of technology from their first breath. It's a completely different world that they've come from."

At Athenahealth, software development managers who have junior staff share their experiences with recently appointed managers, said Griesbach. The issues covered draw from actual situations and include topics like how to handle younger developers who don't like to arrive at the office before noon.

"We've been able to fold [them] into training so we can proactively address things," she said. "We've really given our managers a structure ... on how to manage these new hires."

"Sometimes what is causing the gaps are really around education and knowledge," Sklar said.

An internal survey aimed at improving collaboration on social media showed that skills gaps aren't the exclusive domain of workers hired out of college. Some veteran employees wanted to learn how to use Twitter but were too embarrassed to reveal they didn't understand a hashtag's function, Sklar said.

Senior staff members from all departments were paired with younger staff who taught them about the social media platform. In addition to improved idea sharing among the firm's 10 offices, the tutorials allowed the younger workers to interact with staff from across the company and brought a variety of age groups together, Sklar said.

"I don't think people don't want to evolve," she said. "It's really about sitting down and having those conversations around how are we going to grow the business and collaborate across the different business lines."

Cullen echoed this point, noting that the best business option, not trendy technology, should be the central focus of all employees.

While younger workers "want to tell the whole world everything they're doing" via social media and senior staff are traditionally more private, "it's important that both sides understand there's nothing wrong with either," he said. They need to "get over that to understand we have a task at hand: the success of the business."

Linking IT to business is a concept that more interns at Verizon Enterprise Solutions have better understood over the last five years, said CIO Ajay Waghray. This helps Verizon better serve customers since 70 to 80 percent of those interns later join the company through its college hiring program.

"Sometimes technical people don't grasp the business context very quickly," he said. " But the past couple of years some of the interns ... they seem to connect the broader context quicker. Maybe it is their ability to do multiple things simultaneously, which has been in the mix of this generation. That means it can be leveraged to provide value."

Despite growing up with cutting-edge technologies, Verizon's younger workers are interested in legacy system support since the company presents those projects as opportunities to test skills.

"[They] want to be challenged to solve something and providing that framework is what we've seen gets them into the game," Waghray said. "Whether I'm using legacy technology or a new technology, it's more about solving the customer's problem."

At Verizon, younger generations value a flexible environment where their ideas are welcomed and questions listened to over projects dealing with the latest technology, he said.

"There is a belief that the generation will only work on fancy new things, but they actually like to work a certain way," Waghray said.

For younger employees at Black Duck Software in Burlington, Massachusetts, that environment is less formal with guidelines replacing firm rules and a flexible work day, not a standard eight-hour shift, is the norm.

These staff members may work six hours in the office, attend necessary meetings and then head home where they'll work for four hours, said Tammi Pirri, vice president of human resources, at the company, which provides open-source software consulting to enterprises.

She reminds managers that their new direct reports come from a background where letters are rarely sent through the mail and the Internet has always existed. These experiences will lead them to ask questions as they attempt to understand their new environment.

Pirri also provides this generational primer to employees who will be working with interns, some of whom later end up landing jobs at the company in roles like software development and quality assurance. Of the nine interns hired by the company this year, five are working in the engineering group.

"They're not just asking so many questions based on a false belief of entitlement," she said. "They're asking a lot of questions because they haven't had that exposure or haven't had that deep penetration. There's a level of flexibility you want to offer based on lack of experience or lack of knowledge."

Questions also come from this generation's need to land a job to pay their college loans, a financial burden their predecessors may not have had, Pirri said. And they're facing a competitive job market where interviews include demonstrating technical skills so "the rigors of testing mean they have to be on the top of their game as well."

For a generation that asks questions, their listening skills are surprisingly strong, Pirri said.

"You don't expect that they do a lot of listening as a generation, but that's what sets them apart," she said. "They're thoughtful with respect to the response. It's also thoughtful listening and reasoning as to why something should be or could be different."

For managers who listen to the suggestions of their greener staff, the payoff can be improved products. This was the case at Black Duck after a manager from the baby boom generation set aside his skepticism about the ideas two younger employees pitched him.

"Two years later, he's embraced many of the changes they've suggested to the user interface," Pirri said. "They've changed his perception of all the questions and understanding of why things are done and impacted him in a positive way."

"When you hear back from managers who haven't experienced the millennials they're very challenged by them," he said. "Some people are used to working in a more rigid fashion where this group is a little more free spirited. It's unfair to think they're not up to accepting the task and the deadlines that comes with it."

And the technology younger workers want -- mobile, sleek user interfaces, integrated data -- is also being demanded by enterprises so companies should heed the perspectives of their junior staff, said Bluewolf's Sklar.

"There's not a lot of tolerance for outdated, unintegrated, hard-to-use technology," she said. "Everybody wants it to be easier, integrated and visual. What's the alternative? Going back to old interfaces?"