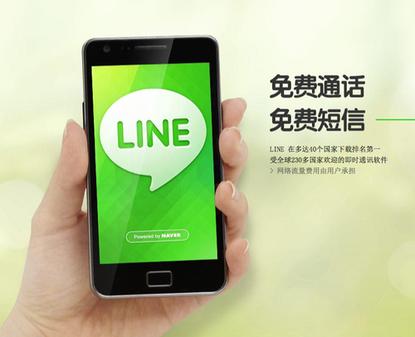 The application is developed by a Japanese subsidiary of NHN, a South Korean company that makes a variety of applications and offers Web-based services centered around advertising, including the popular Korean search engine Naver.

The 22-year-old student at National Tsing Hua University, who goes by the Twitter screen name of "Hiraku," said via email he started analyzing Line after he saw Twitter users in China complain about not being able to send certain phrases.

The phrases generated a warning that said the message "contains sensitive terms, please adjust and then send again."

"To ensure whether the report was true or not, I tried to get the word list," Hiraku said via email.

He succeeded and posted 150 Chinese-language phrases that trigger the warning in a post on Pastebin, which has drawn more than 22,000 views as of Thursday. The phrases cover a variety of newsy yet controversial events in the country and negatively-tone phrases such as "Jiang's dictatorship" and "Tibetan self-immolation."

NHN could not be immediately reached for comment. However a man identifying himself as a vice president for Line based in Taiwan wrote on Facebook that the warning was required to comply with China's Internet regulations.

The executive wrote the keyword list works if Line detects that a user is in China. He wrote that Line is not monitoring conversations of people outside of mainland China.

It was unclear if the list was hard-coded into all versions of the application or if it is downloaded once it detects a China-based user. Hiraku wrote that he was able to obtain the list from Taiwan without using a China-based VPN or a proxy server. It also isn't clear how often the list is updated or where Line obtained the list from.

Line is distributed in 40 countries. It can be used to send photos and messages and do real-time video and voice calls. According to its writeup on Google's Play store, the application has more than 160 million users worldwide.