Viva Movil chain will have family-friendly stores, plus JLo-designed accessories and a social media component 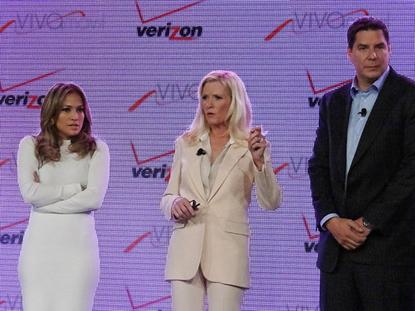 Verizon Wireless is partnering with singer and actress Jennifer Lopez in creating a US retail distribution company that will offer Verizon's devices in stores and online destinations designed to appeal to Latino consumers.

The new company, Viva Movil, is majority owned by Lopez and represents a partnership between her, device distribution company BrightStar and Moorehead Communications, Verizon's largest mobile retailer. Its first store will open at an undisclosed location in New York on June 15. By year's end, Viva Movil will have 15 stores around the country.

At a press conference at CTIA Wireless in Las Vegas, the partners said they are aiming at what they described as a huge and growing US Latino market of 52 million.

Latinos in the US have a population growth rate of 43 per cent, far above that of the overall population, and have unique characteristics as consumers, said Lopez, who is also Viva Movil's chief marketing and creative officer.

"We are bicultural, bilingual, and increasingly US-born," she said. "As modern Latinos, we do things differently, including how we shop for wireless devices."

Viva Movil stores will be designed around the way Latinos shop, with all-bilingual staff and features such as children's play areas, because many Latinos shop with their children, Lopez said. She was involved in designing the stores and Viva Movil device accessories.

The company will also sell products through its Facebook page, where consumers can tell others about the products they bought and get personalized recommendations.

Viva Movil did not announce any brand-specific devices, though it has had discussions with manufacturers about that idea, said R. Marcelo Claure, CEO of Brightstar. It also had no specialized content or software to announce on Wednesday, though it continues to explore that area, said Marni Walden, executive vice president and chief operating officer of Verizon Wireless.

Verizon does not have a financial stake in the company, but the partnership is exclusive. Verizon will continue to have bilingual Spanish-English staff in its own stores and in its customer support operation, Walden said.