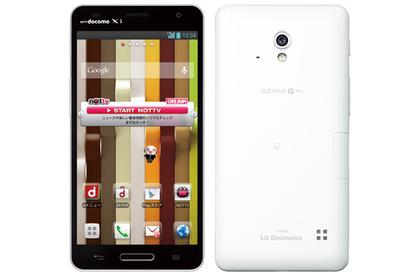 The LG Optimus G Pro: not landing in Australia

LG has confirmed its latest flagship Android smartphone, the Optimus G Pro, will not be released in Australia.

Read our preview of the original LG Optimus G here

The company officially lifted the lid on the Optimus G Pro in Japan earlier this week. The device will be sold through Japanese telco NTT Docomo and features a 5in, full HD screen with a pixel density of 440ppi, bringing it into line against competitors such as the Sony Xperia Z, the HTC Butterfly and the Oppo Find 5.

An LG spokesperson told PC World Australia there are two different models of the Optimus G Pro set for release in Japan and Korea, respectively, but confirmed the device will not be sold Down Under.

The Optimus G Pro is an upgrade to the original Optimus G, which LG confirmed earlier this week will be sold exclusively through Telstra from March. In addition to a larger screen with a higher resolution, the LG Optimus G Pro has a bigger battery (3000mAh compared to 2100mAh) and a faster processor (1.7GHz compared to 1.5GHz) than the Optimus G, though it's 15g heavier and slightly thicker.

The Optimus G first went on sale in Korea last September and launched in most other global markets late in 2012. However, LG says the Australian launch has been delayed due to network testing requirements.

Most flagship smartphones set for release in 2013 are expected to feature full HD 1080p displays. A number of new devices will be unveiled at the Mobile World Congress (MWC) event at Barcelona in February, the world's largest exhibition for the mobile industry.

Are you disappointed about the Optimus G Pro not coming to Australia? Let us know in the comments below.