Kogan Mobile to use Telstra network for pre-paid mobile plans 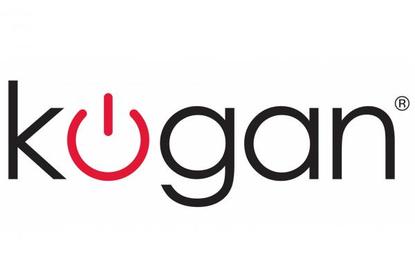 Citing "industry sources" and also discovering a Kogan mobile Android smartphone app in Google's Play Store, EFTM claims the "imminent" Kogan Mobile will use the Telstra network for the new service. Most current low cost MVNO's in Australia, such as Red Bull Mobile, Amaysim and Live Connected, use either the Optus or Vodafone networks.

The blog discovered that the koganmobile.com.au URL is registered to Kogan Technology Pty Ltd and also revealed an Android app for the Kogan Mobile service is already available in Google's Play Store.

According to EFTM, while Kogan Mobile will use the Telstra network, the company will not get access to the latest 4G or even 'Next G' connectivity. Instead, the pre-paid service is expected to use Telstra's wholesale postpaid 3G product, which is capped below the regular data speeds of Next G. The network will cover 97 per cent of the Australian population and offers typical download speeds of between 300 kilobits per second (Kbps) and 1.1 megabits per second (Mbps).

EFTM claims Kogan Mobile will launch with a pre-paid plan of $29 per month with no contract, despite screenshots in the Android app showing a plan costing $36. The plan will offer unlimited calls and SMS messages and 6GB of data per month and would immediately become one of the most competitive in Australia.

"Kogan Mobile will launch with a pre-paid no contract rate of $29 per month for unlimited calls and texts and 6GB of data. You read it correctly – 6GB of data and unlimited calls, on the Telstra network for $29 a month.

Kogan's founder and CEO Ruslan Kogan refused to comment on the Kogan Mobile rumours, only issuing a generic media statement through his Australian PR company.

"I'm always looking for new ways to shake up the Australian consumer market – so watch this space."

Earlier this week, energy drink company Red Bull added a new post-paid plan to its mobile network that claimed to offer the most competitive rate in the Australian market. The company's Access 365 monthly plan includes unlimited calls, unlimited SMS and MMS messages and 5GB of data per month for $30, but users are required to sign up to a 12 month contract, unlike the speculated Kogan Mobile deal.

Popular Optus MVNO Amaysim offers an unlimited plan with 4GB of data for $39.90 per month and doesn't require a lock-in contract.

Kogan sells a range unlocked mobile phones and smartphones through its online store. Earlier this year, the company claimed to be the "first retailer in the world" to sell Apple's new iPhone 5, but then faced customer backlash after orders were delayed by more than four weeks.

Would you use a Kogan Mobile pre-paid service? Let us know your thoughts in the comments below!