Apple's iPad mini is 4G for Australia, too 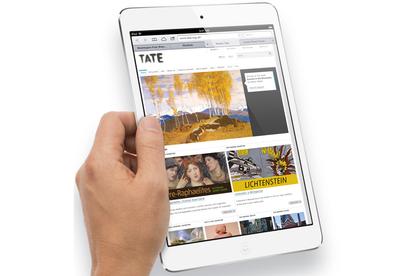 Apple's new iPad mini will support the Australian 4G networks offered by Telstra and Optus, the company announced this morning.

Read our comprehensive preview of the Apple iPad mini here

Apple lifted the lid on one of its most rumoured products in recent years at an even this morning in San Jose. One of the iPad mini's features is worldwide 4G LTE connectivity and Apple confirmed the tablet will work on Australian 4G networks offered by Telstra, Optus and Optus MVNO Virgin Mobile.

The iPad mini marks the first time an LTE capable Apple tablet has worked on Australian 4G networks. Apple's third generation iPad, unveiled back in February, was marketed as a 4G device but didn't support the 1800MHz 4G network bands used in Australia by Telstra and Optus.

The Wi-Fi + 4G model of the iPad mini will use the smaller nano-SIM to provide data connectivity.

In addition to the iPad mini, Apple's new fourth generation iPad will also support Australian 4G networks. The new iPad is a slight refresh of the previous model, featuring an updated A6X processor and the new 8-pin Lightning connector.

The Apple iPad mini will be available to pre-order in Australia from Friday 26 October. The Wi-Fi only version will go on sale on Friday 2 November, but Wi-Fi + 4G model won't be available until "late November".

Australian pricing for the iPad mini is as follows: