Is your Android phone at risk to a USSD security flaw? Here's how to find out 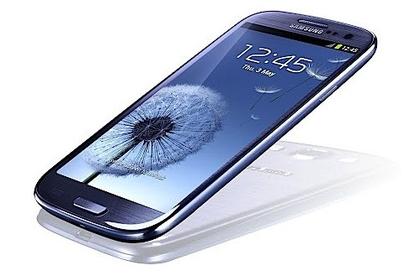 The Samsung Galaxy S III is one Android phone that is susceptible to the USSD security flaw.

A security flaw has been discovered on various Android smartphones that allows a USSD code to perform a factory reset without any confirmation prompt. Is your Android phone at risk? Here's how to find out.

The USSD flaw was highlighted overnight at a Security Conference in Buenos Aires, Argentina by Ravi Borganokar, a researcher in the telecommunications department at the Technical University of Berlin. It was first said to occur only on various Samsung smartphones running the TouchWIZ UI overlay, but it has since been discovered that the problem can affect various other Android phones, too.

The USSD codes themselves aren't a problem, but on some Android phones these can be executed without a confirmation prompt. Some of these codes, typed into the phones keypad, are harmless (such as the one used to display a phone's IMEI number) but other codes can factory reset the phone. USSD codes typically start with an asterisk (*) followed by numbers and almost always end with a hash (#).

On Android phones that don't require a confirmation prompt, a factory reset USSD code can be dialled automatically by the phone. While it's almost impossible to dial the code into the dialler accidentally, this code could be embedded into a URL link, a QR code, or an SMS by a hacker. This would mean you phone would be factory reset as soon as you opened the malicious link.

To check if your Android phone is vulnerable, follow these steps:

1. Visit this link through your phone's Web browser. Don't worry, it's a test page so it's not going to reset your phone!

2. If your phone's dialler pops up and shows a number, your phone isn't affected and there's no need to worry. This is shown below on a Sony Xperia go:

However, if your phones dialler pops up and immediately displays a pop up menu with your IMEI number, your phone is vulnerable to this security flaw. This is displayed below on a Samsung Galaxy S III:

To fix this security flaw until your carrier or manufacturer issues a patch for the problem, you can download an app called TelStop. You can find it in the Google Play Store here.

1. Install TelStop from the Google Play Store. You should see this screen when you open it.

2. Close the app and now visit this link again through your phone's Web browser. You should now see a prompt that asks if you'd like to complete this action using your stock dialler or TelStop, as shown below:

3. To see the link, select TelStop. You will then receive a warning that this is likely a malicious code, as shown below:

From now on, if you click a link on your phone or scan a QR code and you see the above screen, it is likely to be hidden code that could wipe your phone.

Is your Android phone affected by the USSD security flaw? Run the tests above and let us know in the comments below.
Send Us E-mail | Privacy Policy [Updated 13 Sep 19]
Editorial Contacts | Advertising Information