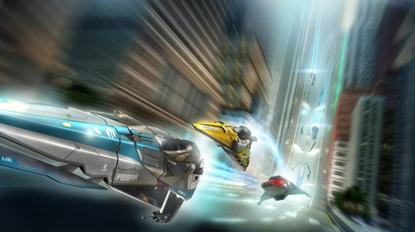 There were several first party titles in the initial Vita launch line-up. But which ones were the best ones? PC World picks its top five Vita games to help you decide. 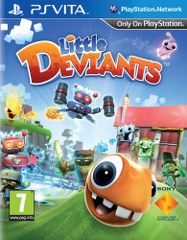 The game: A collection of arcade-style mini-games. The game’s title refers to the in-game characters that are colored blobs with cartoon faces, and the player’s role is to guide the little Deviant through each of the mini games usually to a goal located somewhere on the level.

The verdict: The mini games are short and entertaining, and perfect for playing during short bursts while riding the train or waiting for someone. While we personally would have preferred to have seen on the Vita a new entry in the Pursuit Force series that Bigbig Studios made a name for itself, it is nevertheless a fun distraction and complements the other console-grade games you will most likely have in your collection.

Get it if: You are a fan of the WarioWare series of games by Nintendo.

The game: Just like its original PlayStation 3 and PlayStation Portable release, ModNation Racers, the Vita game is a kart racing title. Users can create their own character with the in-game design tool and racing their avatar on a variety of tracks in different vehicles.

The verdict: The original game provided a fun and content rich kart racing expiring, and the Vita title delivers on a similar experience with the same level of graphic detail, sound, controls and gameplay. While the racing might become a bit samey after a while, the character creation tool will ensure that you keep coming back for more.

Get it if: You liked the original ModNation Racers or arcadey kart racing. 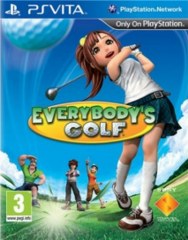 The game: An accessible golf title that has a long legacy that started on the original PlayStation console. Everybody’s Golf is renowned for its cast of memorable, anime-esque characters and fun gameplay based on a sport that is admittedly more boring to watch than it is to play.

The verdict: Everybody’s Golf 5 was a standout title for many gamers following the launch of the PlayStation 3, and many of the elements from that title have been successfully carried on to the new installment on the Vita. In addition to the detailed graphics and responsive controls, the simple yet addictive gameplay means that Everybody’s Golf is perfectly suited for play at short or long bursts.

Get it if: You followed the Everybody’s Golf series or more series golf games don’t interest you. 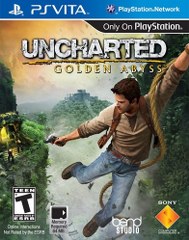 The game: An action packed third person adventure that acts as a prequel to the first title of the series on PlayStation 3, Uncharted: Drake's Fortune. Famous adventurer Nathan Drake makes new friends and loses others in his quest to uncover the mystery behind a lost Spanish expedition in Central America.

The verdict: As a showcase title of what is possible with the Vita, both technically and game-wise, Uncharted: Golden Abyss delivers on all levels. While the lack of a multiplayer mode and slightly aliased graphics initially detract from the game, the well-implement gunplay and platforming that have become hallmarks of the series on the PlayStation 3 are to be found in the Vita game. It’s no wonder Uncharted: Golden Abyss is the highest selling game so far on the handheld.

Get it if: You consider yourself an adventurer or you are a fan of the original Uncharted trilogy. 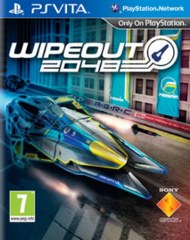 The game: Sony’s longest surviving racing franchise continues its journey into yet another platform generation with WipEout 2048. Billed as a prequel set in a time when anti-gravity racing is starting to hit off, the game is a high speed visual experience that requires risky maneuvering and quick reflexes.

The verdict: If you ever need one reason to invest in a Vita, then WipEout 2048 is it. Highly detailed graphics that are anti-aliased bring the WipEout HD experience from the PlayStation 3 to the palm of your hand. The new analogue stick on the Vita means that the controls feel tighter than with WipEout Pure and Pulse on the PlayStation Portable. While Uncharted: Golden Abyss comes a very close second, we ultimately feel that the above reasons make WipEout 2048 the Vita’s killer app on launch.

Get it if: You like racing so fast your eyes bleed or have been playing WipEout long enough to remember the original studio that created it.