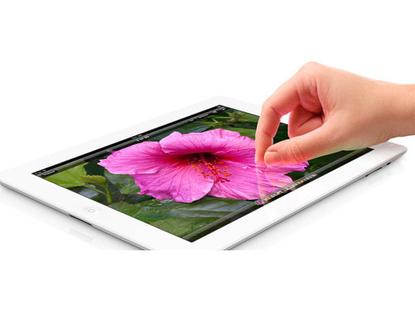 Apple will open its Australian retail stores at 8am tomorrow to launch the new iPad.

The third-generation iPad, announced last week, will be sold through Apple's retail stores and the Apple Online Store on Friday 16 March 16 from 8am local time. In addition to Australia, the new iPad will go on sale tomorrow in the US, Canada, France, Germany, Hong Kong, Japan, Singapore, Switzerland, the UK, Puerto Rico and the US Virgin Islands.

The new iPad looks identical to the iPad 2, but boasts a high resolution "retina" display, has an upgraded 5-megapixel camera and is powered by a dual-core A5X processor with quad-core GPU. It also has 4G capability, but this isn't compatible in Australia as it doesn't support the 1800MHz 4G network band used by Telstra.