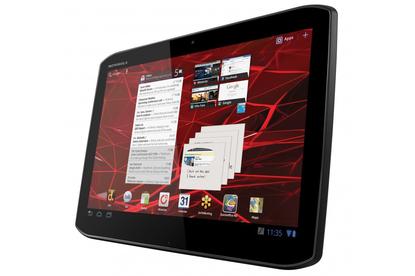 Motorola has announced that Telstra will be the first carrier to sell the company's new Xoom 2 Android tablet in Australia. The tablet goes on sale today through selected Telstra stores and dealers.

The Xoom 2 is the successor to the original Xoom and attempts to address many of the concerns of Motorola's first Android tablet. That model was widely panned for being too heavy and bulky and launched in Australia with a disabled microSD card slot and no support for Flash video, a key feature that distinguishes Android tablets from Apple's market-leading iPad 2. Both features were eventually activated via software updates months after the product went on sale.

The Motorola Xoom 2 has the same sized 10.1in screen as its predecessor but the tablet is slimmer, lighter and faster than the original model, and now comes coated in a splashguard coating that makes it water-repellent.

"Our first award-winning tablet, the Motorola Xoom, was a great achievement for Motorola," said Timo Brouwer, Motorola's managing director for ANZ and South Pacific. "We've built on that success to create Motorola Xoom 2, an outstanding, super-powerful device that meets the needs of today's always-on generation at an extremely competitive price point."

The Motorola Xoom 2 is powered by a dual-core 1.2GHz processor, has 32GB of internal memory and a microSD card slot for extra storage. The tablet also has a 5-megapixel camera with LED flash, an infrared port that works with the included Dijit app to act as a universal remote control, and comes with a micro-HDMI port that allows users to connect the device to a high-definition television or projector.

The Motorola Xoom 2 also comes with the company's Motocast application, a pre-loaded cloud storage app that allows the streaming of multimedia content (music, videos, images and documents) from a PC or Mac. The app was first bundled with the Motorola RAZR Android phone.

Motorola's product marketing manager Sean Pyper confirmed that the Xoom 2 will initially ship with Google's now outdated Android 3.2 "Honeycomb" operating system. The tablet will eventually be upgraded to the latest 4.0 "Ice Cream Sandwich" version of Android, though there is no word on when the update will be available.

Pyper refused to comment on whether Motorola would eventually release a Wi-Fi-only model of the Xoom 2, much in the same way it did for the original Xoom. He did point out Telstra is simply a "launch partner" for the Xoom 2 and not an exclusive carrier. Pyper confirmed that any other Australian carrier is therefore free to sell the tablet if they wish.

A full list of Telstra's data + tablet plans for the Motorola Xoom 2 is detailed below. 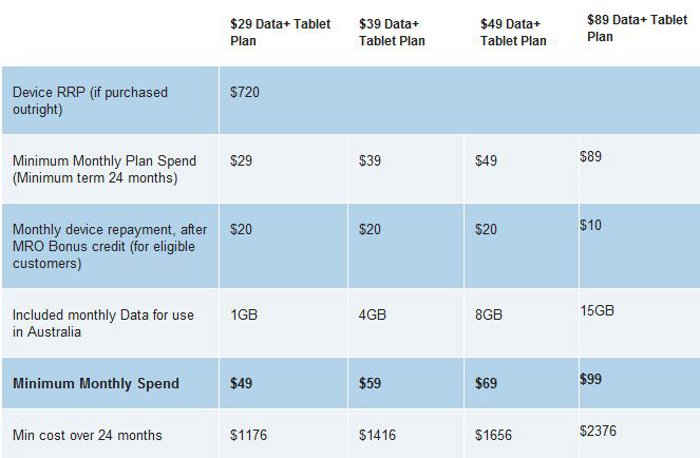