Device closely resembles the iPad 2, according to report 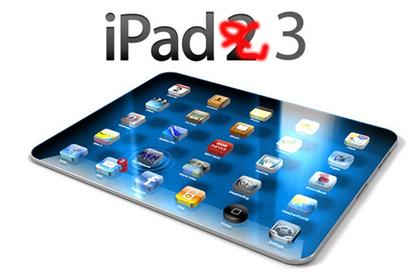 A blogger claims to have used the third-generation iPad at the Consumer Electronics Show currently taking place in Las Vegas.

iLounge editor-in-chief Jeremy Horwitz said that he used the next-generation iPad and that the difference between the device and the iPad 2 was almost imperceptible.

"This device so resembles the iPad 2 that differences are only obvious when they're placed next to each other. From the back, you could walk past this new iPad on display and have no idea that anything had changed," Horwitz wrote.

It's apparently very slightly thicker, by roughly 1mm, he says, and the camera in the top left corner has got bigger.

Horwitz believes that the changes are so slight that Apple may not call it the iPad 3, but rather opt for something along the lines of iPad 2S or iPad 2HD.

He also claimed that the device didn't exactly seem to be brand new, suggesting that it had been manufactured some time ago.

Perhaps, then, the March launch could be an iPad 2S followed by an iPad 3 in October - however, we'll have to wait for a while to find out for sure, unfortunately.