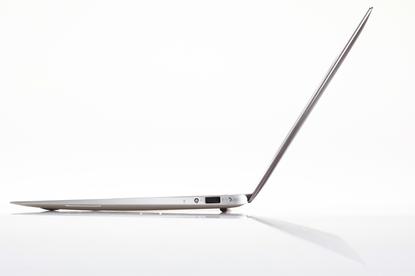 All the talk of Ultrabooks and how they would be super-thin and light, yet powerful and well featured has now materialised into three Windows-based products that compare very well against the laptop that inspired them — the MacBook Air.

There have been thin and light Windows-based laptops before — Toshiba is a champ in this area with its Portege range of laptops — but they have traditionally been quite pricey (see the Samsung Series 9 as an example). Intel envisioned the Ultrabook as a thin and light device with 2nd Generation Core CPU technology that would not be too expensive. We were expecting pricing to start at $999 for many models, but so far, no one has hit that price point here in Australia. Acer has come within $200 of hitting the $1000 mark with its Aspire S3-951-2364G34iss (you better write that one down before you head to the store), but that's as cheap as it gets (so far).

Toshiba's Satellite Z830 is perhaps the best value Ultrabook so far. For $1399, you get an Intel Core i5-2467M CPU and a 128GB solid state drive; but not only that, you get a backlit keyboard and Gigabit Ethernet. Going by Toshiba's specs, it also claims to be the thinnest of the new models at 16mm and it's only a shade over 1.1kg. We haven't tested it yet (we've only had a brief hands-on session with the Portege version (which is similar except for a matte screen, biometrics and a couple of under-the-hood features), but so far we think it's definitely the one to get if you're considering an Ultrabook.

The ASUS Zenbook is the most similar to the MacBook Air. Take one glance at the specifications (and the way it looks and the fact its chassis has been milled from a block of aluminium) and it's like ASUS basically copied the Air and tried to outdo it in some key areas, such as screen resolution. The 11in version of the Zenbook even lacks an SD card slot, much like the 11in version of the MacBook. That said, the Zenbook is a great piece of kit. It looks and feels great and the extra screen resolution, as well as the screen's higher-than-usual brightness rating, is a real selling point.

In the table below, we've listed the known specifications for the current crop of 13in Ultrabooks and compared them against the 13in MacBook Air. You can see that the ASUS is definitely the closest to it in terms of specifications and physical size, but it has a couple more ports. It doesn't have a backlit keyboard though, which we think is a sore point. This is one of the features that makes the Toshiba Satellite Z830 so appealing.

Lenovo, Samsung and Dell have also stated that they will be releasing Ultrabooks, with Samsung and Dell indicating that they will possibly have something to offer around February 2012. One thing's for sure though, the Ultrabook is the most exciting thing to happen in the notebook category for a while. The build quality of these new laptops is quite good from what we've seen so far and the designs are indeed thin and light, if not a little too MacBook Air-inspired in the case of Acer and ASUS models. The price point hasn't quite been as low as we'd hoped (especially with the strong Aussie dollar) — it seems most vendors are pricing their gear in such a way as to offer only slightly better value than an equivalent MacBook Air.

Note: originally we stated that the Toshiba had a matte screen and biometrics. Unfortunately, this information was incorrect. We have ammended the article with the correct information and added battery and webcam details for the Toshiba.