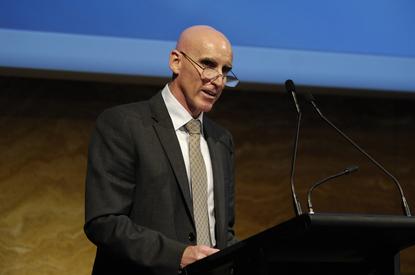 NBN Co chief, Mike Quigley, has been forced to issue a statement regarding the bribery case by US authorities against Alcatel-Lucent, following reports of discrepancies between his public statements about his former employer and US court documents.

In December 2010, Alcatel-Lucent agreed to make payments of more than $US137 million to settle bribery cases concerning allegations about the sales activities of French telecommunications giant Alcatel from the 1990s through its 2006 merger with Lucent Technologies.

Alcatel-Lucent and three of its subsidiaries, Alcatel CIT, Alcatel de Costa Rica and Alcatel Standard agreed to pay a penalty of $92 million in settlement of cases brought by the Department of Justice (DOJ) under the Foreign Corrupt Practices Act (FCPA). The companies voluntarily agreed to stop using third-party sales and marketing agents to conduct worldwide business — a business model, the DOJ said, that was prone to corruption as the third parties acted as conduits for bribes to customers and officials in many countries.

According to the DOJ, the three Alcatel-Lucent subsidiaries made improper payments to officials to win deals in Costa Rica, Honduras, Malaysia and Taiwan.

On December 31, 2010, Alcatel-Lucent issued a statement ruling out any involvement by Quigley or NBN Co chief financial officer, Jean-Pascal Beaufret, in the case.

“In its investigations, Alcatel-Lucent found no evidence that either Mr Quigley or Mr Beaufret had any involvement in, or knowledge of the actions of the former Alcatel or its subsidiaries' employees that are outlined in the allegations presented by the US Department of Justice or the Securities and Exchange Commission in connection with Monday's announcements," the statement said.

It has come to light, however, that Costa Rica was part of Quigley’s portfolio. In a statement, the NBN Co chief issued the following rebuttal.

“I have today been advised by Alcatel-Lucent that, contrary to previous advice, Costa Rica was among the many countries and territories in North, Central and South America that were part of my wide-ranging portfolio of responsibilities in the period March 2001 to January 2003, including operations involving approximately 15,000 staff.

“This, however, does not change the fact that I was not involved in any of these matters as is evident by the fact that in the course of their thorough investigation, the Securities and Exchange Commission and the US Department of Justice did not seek to interview me nor did they make an adverse finding in relation to me.

"I don’t intend to comment further on this matter as it is the subject of ongoing legal proceedings in the US, to which I am not a party.”