News about Osama bin Laden's death is a hot topic on social networking sites, and that makes it a target for cybercriminals. 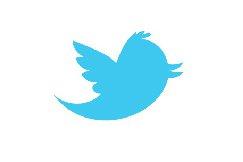 The death of Osama bin Laden, the dramatic events surrounding the military operation against bin Laden's compound in a posh Pakistani suburb, and the resulting conspiracy theories and fear of retaliatory attacks from Al Qaeda are all very popular topics of discussion. The hunger for details and breaking news is a catch-22, though, as malware developers use bin Laden as bait for attacks.

How did you first learn that Osama bin Laden had been killed by a US military strike? A Washington Post-Pew Research Center poll found that a majority of Americans first learned the news through local, network, or cable news.

Personally, though, I learned about it on Twitter. I was just getting ready to watch a backlog of favorite shows on my DVR, and happened to peek at Tweetdeck as I was getting a drink. Had I not seen the news come across Twitter, I most likely wouldn't have know what was going on in the world until the next day because I would have been busy watching recorded shows from days earlier.

While the address by President Obama--which aired at 11:35pm Eastern after much of the United States had probably gone to bed--was the most watched presidential speech in a decade, drawing more than 56 million viewers, it was just the beginning. Once that nine minute address was over, people around the world turned to the Internet to find more information, to share news and links, and to talk about this major event.

One Pakistani man inadvertently live-tweeted the attack on the bin Laden compound. Google tweeted that searches for Osama bin Laden spiked one million percent following the news. Events like this demonstrate how crucial the Internet and social media have become as a medium for breaking news and real-time communication around the globe. Social networking has completely altered the culture of news and information.

And that is its weak point. That is what malware developers and cyber-criminals prey on. You might be (should be) highly suspicious of unsolicited emails from strangers containing links or attachments, but if the link or attachment comes from someone in your social network you are much less likely to have your guard up, and much more likely to fall victim to your own inherent trust.

It is an unfortunate catch-22 that best resource for breaking news and real-time information is also the best attack vector for spreading malware and stealing your identity or money. I am not going to tell you to abandon social networking, but I am going to recommend that you let go of that inherent trust and instead maintain some healthy skepticism even within your social network.

If a Facebook friend who has never sent you a Facebook message or initiated a chat with you suddenly connects with you to share a link about bin Laden, that should raise red flags. Suffice it to say, for the next week or two (at least) just assume that any email, instant message, tweet, Facebook status update, or other image or video link having anything remotely to do with Osama Bin Laden is a malware scam. Just delete it and move on.