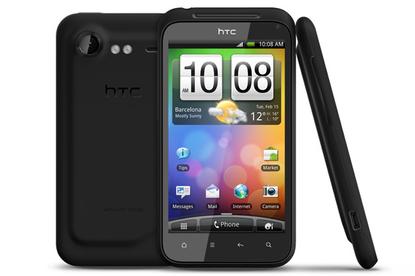 HTC's Incredible S Android phone will launch in Australia on 1 May, and will be exclusively sold through Optus

HTC has announced that its Incredible S Android smartphone will be available exclusively through Optus for three months when it launches in Australia on 1 May.

Read our comprehensive HTC Incredible S review, and check out reviews of other top HTC phones.

The HTC Incredible S Android phone is a successor to the HTC Droid Incredible; a smartphone that launched in the US market exclusively with the Verizon network. Like HTC's other new Android phones, the Desire S and the Wildfire S, the HTC Incredible S is a slight upgrade rather than a huge overhaul of the original Incredible. The main point of difference is the aluminium unibody design, which HTC says gives it a tougher and more elegant feel than the original model.

The HTC Incredible S has a 4in, capacitive SLCD touchscreen with a 480x800-pixel resolution, a 1GHz Snapdragon processor, and 768MB of RAM. HTC has also included an 8-megapixel camera that doubles as a 720p HD video recorder, and a 1.3-megapixel front-facing camera for video calling.

The HTC Incredible S ships with the latest 2.3 (Gingerbread) version of Google's Android platform. Like HTC's other Android phones, the Incredible S will come with HTC's Sense UI which adds a number of features mainly centred on interactive home screen widgets.

"We're delighted to be strengthening our partnership with Optus by launching the HTC Incredible S on the Optus Open Network," said Ben Hodgson, country manager HTC Australia and New Zealand. "This powerful device exudes a mix of style, innovation and features that customers have come to expect from HTC." Optus has not yet announced pricing details for the Incredible S, but it is expected to be available both outright and on a range of contract plans.