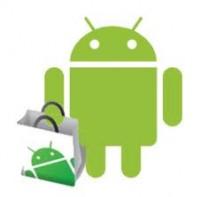 Google has added the ability for developers to sell digital content from inside applications on Android Market, the company said in a blog post on Tuesday.

The aim with in-app billing is to provide developers with more ways to make money, according to Google. Developers can sell a wide range of content, including media files or photos, and virtual content such as game levels or potions, it said.

Users pay in the same way they do today. Also, Google's cut of in-app purchases is 30 per cent, which is the same as the fee for regular application purchases.

Android Market has been seen by many as the weak point in the Android ecosystem, which has opened the door for competing stores from, for example, Amazon, which launched its Appstore for Android. But in the last six months Google has been working to make Market more competitive, and improve the experience for both developers and users of the application store. Upgrades include paid apps in more countries, an updated Market client, a browser-based version of the store and now in-app billing.

"It is another step in the right direction and we are certainly planning to use them," Eric Wijngaard, who created photo editor PicSay, said via e-mail.

Competitors are still compared to Apple's App Store, and any feature it offers, including in-app payments, becomes a prerequisite for all the others, according to Paolo Pescatore, analyst at CCS Insight. Also, more developers are moving to a model where the application is free and they make money from payments made within the application, he said.

However, Google still has some work to do on Market. It still needs to improve the buying experience for users, and add more payment methods, especially for worldwide use, according to Wijngaard.

A logical next step for Google would be to add operator billing in more countries and more operators, Pescatore said.

Google has also pledged to improve Market security, following an attack that forced the company to remove malware remotely from some phones earlier this month.