Does Obama really have an internet kill switch?

Several bills addressing cybersecurity are on the agenda in Congress this year, including a proposal that would allow the president to shut down parts of the Internet. 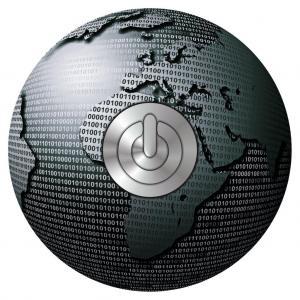 Several bills addressing cybersecurity are on the agenda in Congress this year, including a proposal that would allow the president to shut down parts of the Internet.

The controversial concept isn't as extreme as it seems. The Protecting Cyberspace as a National Asset Act would have given the president the power to take emergency measures, including possibly quarantining or shutting down parts of the Internet, but only when there's an "ongoing or imminent" cyberattack on the nation's critical infrastructure. Leaders of the Senate Homeland Security and Governmental Affairs Committee plan to reintroduce this bill, which stalled last year.

Critics have seized upon the emergency powers section, saying it gives the president an Internet kill switch. But also included are plans to establish a new national cybersecurity center and revamp cybersecurity regulations for federal agencies. The term "kill switch" is a bit of a misnomer. The president would not be able to shut down all Internet traffic as Egypt did, but several tech and civil liberties groups have found the language too ambiguous.

Also likely to be introduced this year is one or more bills that would require companies with data breaches to notify affected customers-something Symantec and other groups have long pushed for. Several lawmakers have introduced data-breach-notification bills in past sessions of Congress, but the bills have not passed and most states already have similar laws on the books.

Matt Sergeant, senior antispam technologist for Symantec.cloud, an information-security arm of Symantec, says the pressure to pass a data-breach law "will continue to grow as the government realizes just how easy data breaches are and just how prevalent they can be. Unfortunately, there's little that bills can do to improve this, but it will likely continue to hit the news throughout the year."

Grant Gross is a correspondent for the IDG News Service.