The Huawei IDEOS X5 runs the 2.2 'Froyo' version of Google's Android operating system, and has a 3.8in capacitive touchscreen display 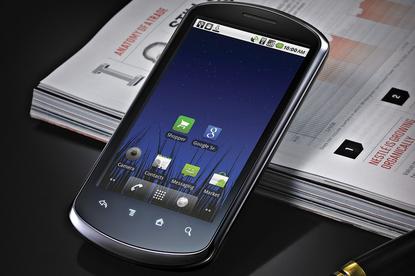 Chinese company Huawei has launched its latest Android phone in Australia, the IDEOS X5, claiming it offers a "better experience than other smartphones which cost twice the price".

Read our comprehensive Huawei IDEOS U8150 review, and check out our guide to the best budget Android phones.

Available now at Crazy John's and Dick Smith stores on contract or for $349 as an outright purchase, the Huawei X5 runs the 2.2 'Froyo' version of Google's Android operating system, has a 3.8in capacitive touchscreen display and a 5-megapixel camera that doubles as a 720p HD video recorder. The Huawei IDEOS X5 also has Wi-Fi, Bluetooth and GPS connectivity, and is powered by a single-core 800MHz processor.

"The IDEOS X5 is Huawei's highest-spec smartphone at an unbelievably affordable price," said Huawei Australia devices marketing director Mark Treadwell. "Running Android 2.2 on a beautiful 3.8 inch display, the IDEOS X5 offers a better experience than other smartphones which cost twice the price. Available to buy outright or as the first Huawei-branded post-paid handset in Australia, we’re confident that it won't be long until everyone will be asking for a Huawei handset."

The Huawei IDEOS X5 is the second Android-powered smartphone the Chinese telecommunications company has officially released in Australia following the Huawei IDEOS U8150, which is currently the cheapest Android phone sold in Australia. Telstra has also announced the pending release of its own budget Android smartphone, the Telstra Smart-Touch.

The Huawei IDEOS X5 Android phone is available today for $0 on a $29 cap from Crazy John's, and can also be purchased for $349 outright at Crazy John's and Dick Smith stores.