Using computers before bed, texting in the night keep users awake and tired 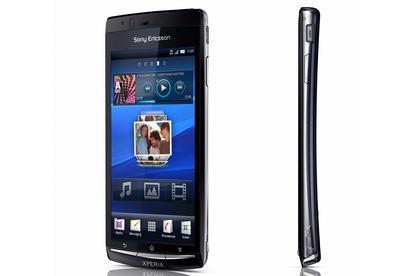 Not getting enough sleep these days? You may have to blame your computer or your mobile phone.

The National Sleep Foundation on Monday released the results of a poll showing that many people aren't getting a good night's sleep. The survey found that 43 per cent of Americans say they rarely or never get a good night's sleep during the week. A full 60 per cent say they experience a sleep problem, such as waking too early, snoring or feeling unrefreshed, every night.

While part of the problem is busy lives, crying babies and jobs that require attention around the clock, another is electronics , the foundation said.

"This study, which polled 1,508 Americans between 13 and 64, reveals that light-emitting screens are in heavy use within the pivotal hour before sleep," said Dr. Charles Czeisler, a professor at Harvard Medical School and chief of the Division of Sleep Medicine at Brigham and Women's Hospital, in a statement. "Invasion of such alerting technologies into the bedroom may contribute to the high proportion of respondents who reported that they routinely get less sleep than they need."

Forget reading before bed. Most Americans admit to using electronics - ranging from the radio to television, computers and cell phones - in the hour or so before they hit the sack. The survey found that 95 per cent of Americans use some type of electronics at least a few nights a week within the hour before bed.

And it's not all about watching Grey's Anatomy or the The Real Housewives of Beverly Hills.

People are online - a lot - late at night.

The foundation found that six out of 10 people say they use their computers at least a few nights a week during the hour before bed. And about half of teenagers and people in their twenties admit to using their computers nearly every night before bed.

"I'm barely awake enough to talk to you now," said Dan Olds, an analyst with The Gabriel Consulting Group. "TV and computers have been a pre-bedtime staple for a while now. What do these National Sleep Foundation people expect us to do at night? Talk to each other?"

Part of the problem, particularly among teenagers, is talking or texting each other in the middle of the night.

"Unfortunately cell phones and computers, which make our lives more productive and enjoyable, may also be abused to the point that they contribute to getting less sleep at night, leaving millions of Americans functioning poorly the next day," said Russell Rosenberg, vice chairman of the foundation.

"I'm actually heartened by the fact that only 10 per cent of young adults have their sleep disturbed by calls or messages over night," he said. "This means 90 per cent of them have figured out how to turn their phones off or it could mean that many just aren't popular enough to rate the late-night call."

Sharon Gaudin covers the Internet and Web 2.0, emerging technologies, and desktop and laptop chips for Computerworld. Follow Sharon on Twitter at @sgaudin or subscribe to Sharon's RSS feed . Her e-mail address is sgaudin@computerworld.com .