Lawyers say WikiLeaks' Assange could end up in Guantanamo 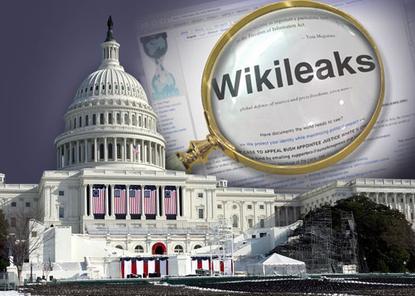 The extradition hearing for WikiLeak's founder Julian Assange is set to begin Monday in London, with his lawyers prepared to make arguments he could eventually end up in Guantanamo Bay if first extradited to Sweden.

Assange, of Australia, is wanted for questioning by Swedish prosecutors for incidents with two women in August and faces possible charges of rape, unlawful coercion and sexual molestation. He maintains the encounters were consensual.

After Swedish authorities requested that a European Arrest Warrant be issued, Assange turned himself in to U.K. police on Dec. 7. After a week in custody, he was granted bail on the condition he turn in his passport, wear an electronic monitoring device and check in regularly with police.

His lawyers, who include high-profile attorney Mark Stephens, plan to argue that the arrest warrant was issued "for the purposes of prosecuting or punishing him for his political opinions," according to a 35-page document outlining their expected legal arguments.

Assange's legal problems intensified as WikiLeaks began releasing in late November some of 250,000 U.S. diplomatic cables leaked to the website. The release caused a furor among U.S. politicians, with former Arkansas Governor Mike Huckabee calling for the death penalty for those who released the cables and former vice presidential candidate Sarah Palin saying Assange should be hunted down with the same urgency as al-Qaeda and Taliban leaders.

Those comments are fueling arguments by Assange's lawyers, who contend that if Assange was extradited to Sweden, the country could bow to U.S. pressure. The U.S. Attorney General's office has been investigating Assange, but no charges have been filed.

"It is submitted that there is a real risk that, if extradited to Sweden, the U.S. will seek his extradition and/or illegal rendition to the USA, where there will be a real risk of him being detained at Guantanamo Bay or elsewhere," according to the document.

The Guantanamo Bay detention center, in Cuba, was established in 2002 by the administration of President George W. Bush to hold military combatants from the wars in Afghanistan and Iraq outside of U.S. legal jurisdiction. It was meant to hold people who were to be tried in military courts. A case brought by the U.S. Department of Justice would be heard in a civilian court. U.S. President Barack Obama pledged to close Guantanamo when he took office in January 2009, but political controversy has hampered the effort.

Assange's defense, however, appears similar to that of Gary McKinnon, the British hacker who is awaiting a decision from the Home Office on whether he should be extradited to the U.S. on computer hacking charges. At one point during his appeal, McKinnon's attorneys argued he could be classified as a terrorist since the U.S. accuses him of disrupting military networks after the Sept. 11, 2001, terrorist attacks.

Assange's lawyers also plan to make several technical legal arguments about how Sweden has pursued Assange. They will argue that Swedish prosecutor Marianne Ny was not authorized to issue a European Arrest Warrant, and that extradition merely for the purpose of questioning a suspect is not in line with British law.

Assange has maintained that he has made himself available remotely for questioning by Swedish prosecutors, but was not contacted.

The hearing, scheduled to start at 10 a.m. Monday in Belmarsh Magistrates' Court, could continue to break new ground over the use of Twitter in the courtroom. During Assange's bail hearing on Dec. 14, Westminster Magistrates' Court allowed reporters to use Twitter from the courtroom, where normally bailiffs instruct spectators to turn off their mobile phones.

But two days later during a bail appeals hearing, a London High Court judge did not allow use of the popular microblogging service to trickle out minute-by-minute updates.