The Synology DiskStation DS411slim is a 4-bay NAS device 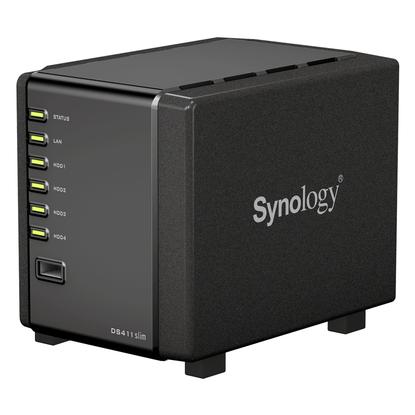 Synology has released a new 4-bay network-attached storage device. The Synology DiskStation DS411slim NAS device can fit up to four 2.5in hard drives, for a maximum storage capacity of 4TB.

The NAS measures 120x105x142mm and, according to Synology, consumes 16.8 Watts of electricity when under load and 9.6W when its drives are inactive. It is equipped with a 1.6GHz CPU, 256MB DDR3 RAM, a Gigabit Ethernet port, two USB 2.0 ports and an eSATA port.