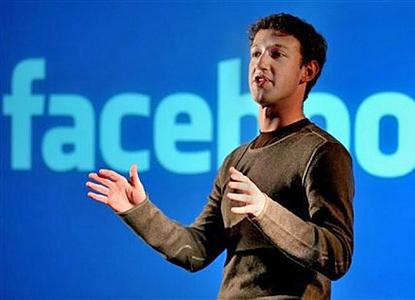 Killing recent rumuors that it's launching an email killer, Facebook has unveiled a new messaging system that will envelope email, instant messages, Facebook messages and SMS.

Facebook CEO, Mark Zuckerberg, launched what he calls a "modern messaging system" to handle the convergence of different kinds of messages and bring them together under one social umbrella. The system is designed to save all of these messages for five years, meaning users will have a history of their communications.

Although people will now be able to have a facebook.com email address, Andrew Bosworth, a software engineer at Facebook, noted that the new system will work with other email systems, such as Gmail and Yahoo mail.

At this point, the messaging system - code-named Titan - will not include voice chat.

Zuckerberg said that should be coming down the road, but offered no timeline.

More than four billion messages are sent every day on Facebook, with the vast majority of the messages between two people, according to Zuckerberg. And about 350 million people use Facebook to message their friends and family members.

He said he started thinking about those numbers after talking with a group of high school students who told him that they rarely use email. It's too slow, they told him.

"I was kind of boggled by this," Zuckerberg said. "I remember having a similar conversation with my parents about why email was good and regular mail was slow... At Facebook, we're all so used to using email. It's interesting to see that all kinds of folks don't see it that way."

So Facebook decided to create a new messaging system that would include email, expand on the concept and tie in other means of communication as well.

"It's not email," Zuckerberg said. "It handles email, in addition to Facebook messages, and IM and SMS. People are going to be able to have facebook.com email addresses but this won't be the primary way people use this system.

For the last three or four days, the Internet has been abuzz with speculation that Facebook was getting ready to launch an email killer. Zuckerberg kicked off today's news event by saying that's not the case.

"There was a lot of press leading up to this saying this is an e-mail killer," he said. "This is not an email killer. It's a messaging system that has email as one part of it. I don't expect people to wake up tomorrow and say, 'I'm going to shut down my Yahoo account or my Gmail account'. We expect that more people will IM and more people will message just because it's simpler and easier and it's more fun and valuable to use."

Users will be able to send and receive messages from people who aren't on Facebook.

"It seems wrong that an email message from your best friend gets sandwiched between a bill and a bank statement," he said. "It's not that those other messages aren't important, but one of them is more meaningful. With new Messages, your inbox will only contain messages from your friends and their friends. All other messages will go into other folders where you can look at them separately."

A few users will be invited to use the new messaging system starting today and will be rolled out to all users over the next several months.