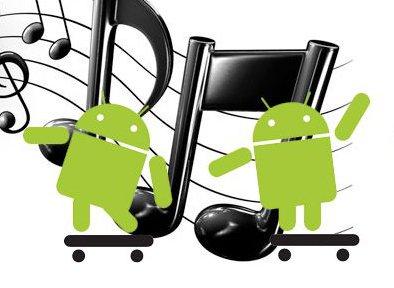 The Android army may soon claim Research In Motion's BlackBerry as its first victim in the smartphone war. Between July and September, 44 per cent of new smartphone users in the United States bought a Google Android phone, according to market research firm NPD Group. During the same period, 23 per cent of the users bought an iOS device and 22 per cent purchased a BlackBerry. NPD's report is another sign of Android's growing market power, and RIM's dramatic decline. But the battle for smartphone supremacy is far from over, and it's unclear whether Android can continue its impressive growth.

Android by the Numbers

Android outsold RIM by 2-to-1 and nearly did the same to Apple's iOS during the third quarter. Devices based on Google's smartphone OS increased by 11 per centage points in comparison to the second quarter of 2010, while RIM fell by six points and Apple rose by one, according to NPD.

What is most stunning, however, is NPD's assertion that RIM's market share among new smartphone users in the U.S. fell by 53 per cent when compared with the third quarter of 2009. NPD failed to mention how much Android rose or fell compared with those numbers, but the research firm said Apple's iOS also fell by 21 per cent in that quarter.

Android has been the top smartphone OS for several quarters, but it isn't growing fast enough to beat out the iPhone and RIM in terms of overall user adoption. The most recent numbers from the Nielsen Company indicate that Android has 19 per cent of all smartphone users in the U.S., while the iPhone has 28 per cent and BlackBerry leads the pack with 30 per cent adoption overall.

But Android's growth may slow in the next few months as new contenders attempt to take a bite out of the smartphone market. Next Monday, nine Windows Phone 7 devices from Microsoft will go on sale, and new smartphones from HP using an updated version of WebOS are expected to hit the market in early 2011.

If the rumors are to be believed, Apple's iPhone may also extend its reach in 2011 by expanding the popular smartphone to other U.S. carriers.

Nielsen reports that during the most recent quarter 41 per cent of new mobile phone buyers in the U.S. opted for a smartphone over a feature phone -- up six percentage points from the previous quarter. If that trend continues, expect to see a lot more competition among smartphone manufacturers in the coming months. The big question, however, may not be whether Android can rise to the top spot. But whether RIM can turn around its declining user adoption rates to remain a viable top 5 smartphone manufacturer against a slew of innovative devices from Apple, Google's numerous Android partners, HP and Microsoft.