US expert: The future is wireless broadband

But the Australian method may not the best for promoting growth 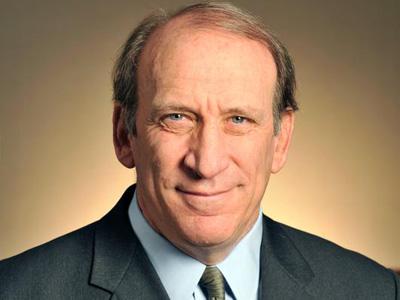 Blair Levin was the lead author of the US Government's version of the NBN, the National Broadband Plan, which has faced similar controversies and challenges. He talks to DAVID RAMLI about how wireless broadband is the future and why the Australian method may not be the best for promoting growth.

David Ramli (DR): What do you think of using speeds to compare national broadband plans?

Blair Levin (BL): The conventional wisdom is that the primary metric for measuring the validity or power of a national broadband plan is the speed of the wired network to the most rural of residents. That way of looking at the problem is profoundly wrong and almost every word in the sentence I just uttered is wrong…If you think that there’s a single factor that measures something then you don’t understand that what you want is a constantly improving platform for knowledge exchange. You want networks, devices, applications and most importantly – people interacting to constantly improve how they operate.

DR: Do you see the Australian plan as being better or worse than the one you help author?

BL: The Australian plan comes out of the Australian experience…What Australia basically said was ‘we’re going to take over the core platform and have a Governmental wholesale operator’. We thought that doing something like the Australian version, which is a VERY significant sum of money and there are some things there about how it’s going to be repaid, wasn’t the way we were going to do it.

We wanted to be pro-growth and pro-investment, but we didn’t think having the Government play a major role, as they do in Australia, in suddenly saying ‘we’re going to decide to invest in this kind of network as opposed to that kind of network’ was appropriate. But then we were looking at America.

Korea has a very sophisticated and smart broadband strategy and everybody focuses on the fact that they have very high speeds. But I would point out that it’s not clear their economy to date has really benefited from the extraordinary wired speeds they have. But they’re doing a lot on the application side that is driving significant societal value.

DR: Do you envy the Australian ability to simply have Government step in and say ‘this is what we’re doing?’

BL: That’s not what the lessons of my own life have taught me about how to generate economic growth. There’s a lot the Government can do. And there’s a lot that our Government is doing profoundly badly. And rather than take on a new challenge of building networks where in fact the private sector is already building them, in some cases quite well, Government ought to look at what it does and improve it.

DR: Are wireless networks where the future is? Is the use of fibre optic networks overblown?

BL: What is interesting to me is the way some people judge a broadband plan solely on the speed of the wired line network to the most rural residents. That’s what I’m fighting against and that’s the wrong way to look at it. I think over the next ten years changes in wireless are going to be the biggest driver of growth in the economy.

Mobile broadband is a horizon industry. This means it is the industry to which every other industry will find new tools for innovation and growth. Whether you’re in the transportation, manufacturing, retail, healthcare or any other industry, you’re going to be responding to the fact that tens of millions will be carrying with them devices capable of doing things that 50 years ago you could only do in computer labs. That is a profound change.

DR: How important is fibre to the home?

BL: It would be great if we could fund fibre to the home anywhere the market wasn’t going to pay for it but great does not mean it’s a good idea. The economic benefit of funding that as opposed to funding other things has to be considered.

DR: Of all the countries you looked at, which stood out as the best example of how to roll out a national broadband plan?

BL: In some ways Korea, but not because they had an exact model for us follow. It’s because Korea had a process, they were dedicated, they were long-term thinkers and they corrected. They stayed with the vision but adjusted when necessary. So it’s that process of understanding that the plan should always be in beta. The thing I admired most was sticking to a plan in the long term while constantly re-adjusting in the face of changing technologies and markets.

DR: Is it therefore dangerous to say, for example, that 93 per cent should get fibre while 7 per cent will get satellite or wireless? To have strict percentages of populations getting a technology rolled out to it?

BL: I think that’s just the wrong way to look at it. The right way to look at it is ‘do we have an ecosystem of networks, devices and applications in constant improvement?’ because over time that’s what really matters. This is not a race where you break the tape – this is a race where you’ve got to get better every year. In that sense the American system has a lot to recommend it because there are forces that are going to cause constant improvement.

DR: By improvement, do you also mean in delivery methods?