Tim Schafer, this is your life...

And the Honorary Trailblazer Ward for Lifetime Achievement goes to... 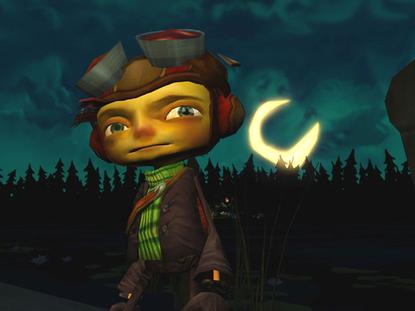 IndieCade announced Thursday that it's bestowing its new Honorary Trailblazer Ward for Lifetime Achievement to Tim Schafer, the creative mind behind numerous games including Psychonauts, Brutal Legend, and the upcoming Costume Quest.

Schafer is scheduled to receive the award during IndieCade's October 8 Awards Show at Sony Pictures Studios in Culver City, California. Longtime colleague Ron Gilbert, who recently signed on to work at Schafer's Double Fine Productions and worked with him on groundbreaking games like The Secret of Monkey Island at LucasArts, is slated to give him the award.

"Holy cow, I had no idea I was so old. Is this because of the grey in my beard? Well, it's an honor, and I'm happy that it's coming from a great organization like Indiecade," said Schafer in a release about the award.

Schafer started his career in the early 1990s at LucasArts, where he gained recognition for his work on The Secret of Monkey Island, Day of the Tentacle, Full Throttle, and Grim Fandango. He opened Double Fine in 2000, and its first game was the critically acclaimed Psychonauts.