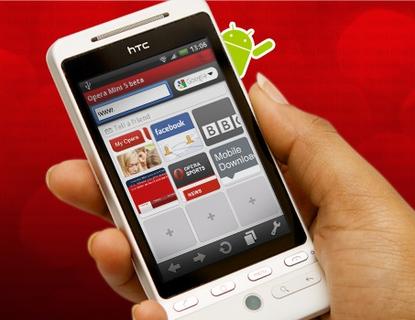 The application masquerades as a media player, according to a Kaspersky blog post. But if it is installed, the rogue application begins secretly sending SMSes (Short Message Service) to a premium rate number presumably belonging to the hackers who created it.

There have been isolated cases of spyware programs that run on the Android platform, an open-source mobile operating system created by Google. But the fake media player application, which Kaspersky dubbed "Trojan-SMS.AndroidOS.FakePlayer.a," is the first one believed to specifically target Android, Kaspersky said.

"Kaspersky Lab recommends that users pay close attention to the services that an application requests access to when it is being installed," the company said. "That includes access to premium rate services that charge to send SMSes and make calls."

The application is simply called "Movie Player," according to Lookout, a company that makes mobile phone security and management software. The malware does apparently warn users they may be charged for SMSes if they install it. The SMSes costs "several dollars," Lookout's blog said.

Lookout suggested that Android users check the permissions of the media player applications and revoke any that mention charging for SMSes. The malware may not spread far, however, for a couple of reasons.

"So far this has only affected Android smartphone users in Russia and only works on Russian networks," Lookout said. "As far as we know, there is no indication that this app is in the Android Market."

Google said in a statement that users see a screen after downloading an application that explains what information and system resources that application can access, such as their phone number or the SMS function.

"Users must explicitly approve this access in order to continue with the installation, and they may uninstall applications at any time," Google said. "We consistently advise users to only install apps they trust. In particular, users should exercise caution when installing applications outside of Android Market."

As another defense against this malware, users can set their phone to only download applications that are in the Android Market

Mobile devices have not been afflicted by malicious software to the extent of desktop OSes such as Windows, but security analysts have said they expect that to change as smartphones become more widely used and gain more capabilities.

Last year, Trend Micro analyzed a piece of mobile malware known as "Sexy Space," which ran on Symbian S60 OS devices. Infected phones would send SMSes to everyone in the phone's contact list with a link to a website. If someone clicked the link, they would then be prompted to install Sexy View, which purported to offer pornography-related content.

In 2005, the Symbian Series 60 OS was targeted by Comwar, a worm that spread via Bluetooth and MMS (Multimedia Messaging Service). The first for-profit mobile malware, Redbrowser, was discovered in 2006.

Redbrowser used a social-engineering ploy written in Russian to lure users to manually install it, which limited the rate at which it spread. The malware sent SMSes to a phone number that charged around US$6 per message, targeting even lower-end mobile devices running the J2ME (Java 2 Mobile Edition) software, which at the time ran on some 1 billion devices from vendors such as Nokia, Motorola and Research in Motion.