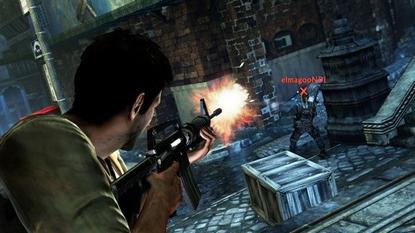 With the bountiful slate of holiday shooters about to be unloaded on the gaming public, two older but still popular games are sprucing up their multiplayer modes to make the most of the brief time remaining before the onslaught. Read on to find out how BioShock 2 and Uncharted 2's multiplayer modes are being patched.

The BioShock 2 patch, due out next Tuesday, mainly focuses on creating more stability in the multiplayer menus in both the Xbox 360 and PlayStation 3 versions of the game, though it does make the effects of the experience-erasing "Rebirth" tonic a little easier to swallow, as it won't affect Adam totals anymore.

The Uncharted 2 update is mostly focused on fixing multiplayer mechanics that players had been exploiting to get ahead in matches, while also tweaking kill payouts. The update also gives hope to a few more character content packs, as the patch will now allow voices to be included with character skins.

You can find more information on the BioShock 2 and Uncharted 2 updates in the Cult of Rapture and Naught Dog source links below, respectively.