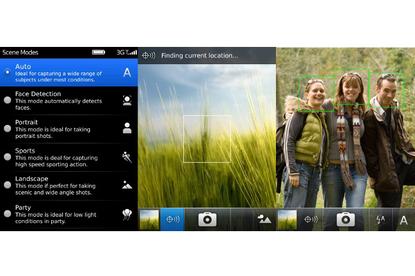 BlackBerry 6 will include new photo features.

Research In Motion has been slowly releasing details of its forthcoming BlackBerry 6 operating system and this week outlined some of the multimedia features.

Under increasing pressure from Apple and Google, RIM is planning an updated operating system that should appear on phones in the third quarter. It has already revealed that the software will include a Webkit browser, a new user interface and new social-networking features.

Among the multimedia features will be an improved music library that displays album art and lets users navigate through their collections by swiping through an on-screen carousel, a RIM product manager wrote on the company's blog Tuesday.

The new operating system will also offer new ways to view and organize photos. Photos can be grouped by event or date and viewed as a full picture or a slide show. Also, users will be able to select groups of pictures to share, copy, paste and delete, according to the blog post.

RIM has also improved the camera experience. Rather than navigate through menus for options, users will be able to access and review pictures, set options and choose from a variety of scene modes directly from the camera screen.

In North America, BlackBerry 6 users will be able to use a new podcast service that lets them search, subscribe to and play podcasts. All the podcast content will be free.

While BlackBerry 6 will continue to synch with iTunes and the Windows Media Player, it will come with updated BlackBerry desktop software that lets users synch videos to and from their phones. Users will also be able to sync playlists and sync by individual artist or genre. The blog post specifically mentions synching between BlackBerry devices and PCs, without mentioning options that might be available to Macintosh users.

Andrew Bocking, vice president of handheld software product management at RIM, recently wrote on the company blog that the BlackBerry 6 software was on track for release this summer, which in North America usually lasts until around the end of August.