Will jailbreaking my iPhone void the warranty?

Jailbreaking your iPhone isn't completely risk-free -- but will it void your warranty? 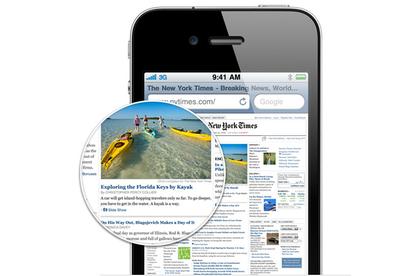 There's no denying Apple hit the jackpot with its iPhone. The company has sold more than 85 million iPhone and iPod Touch devices worldwide since the original handset's launch in 2007, according to the latest IDC figures. That isn't even taking into account the iPhone 4. More than 1.7 million iPhone 4s were sold in just three days — not bad in anyone's books.

Apple's closed platform hasn't won over everyone though, which is why some people resort to jailbreaking their iPhone. Jailbreaking is the process of hacking an iPhone to allow the installation of third-party software not approved by Apple. For example, a jailbroken iPhone could access full multitasking, custom wallpapers, folders for organising apps long before Apple's 4.0 software update was released.

Jailbreaking isn't completely risk-free. One of the main questions that most people ask about it is: does it void the phone's warranty? Unfortunately, the simple answer is yes.

"Apple Inc. ("Apple") warrants this Apple-branded hardware product against defects in materials and workmanship under normal use for a period of ONE (1) YEAR from the date of retail purchase by the original end-user purchaser."

"Apple is not responsible for damage arising from failure to follow instructions relating to the product’s use. This warranty does not apply: (c) to damage caused by operating the product outside the permitted or intended uses described by Apple; (e) to a product or part that has been modified to alter functionality or capability without the written permission of Apple."

The installation of unapproved software on the iPhone can be deemed as "operating the product outside the permitted or intended uses", and "modified to alter functionality or capability without the written permission of Apple."

However, in many instances getting a jailbroken phone repaired probably shouldn't be too difficult. It should be possible to restore the default firmware using iTunes if you need to get a replacement handset or have to have your phone repaired (though obviously you are still taking a risk by jailbreaking your handset).

Have you been denied an iPhone fix under warranty due to jailbreaking? Let us know in the comments below!