ESPN taps Cisco to kick up its World Cup coverage 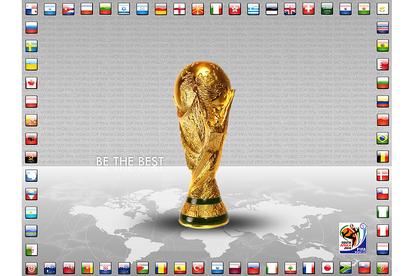 There are only 21 days left before the first kick at 2010 [[xref:http://www.fifa.com/]] in South Africa. But as millions of fans from across the globe wait in anticipation for that first goal to be scored, behind the scene host broadcaster ESPN of Bristol, CT., is figuring out new ways of showing the soccer crazed masses those goals as well as the goal scorers.

ESPN markets itself as the "The Worldwide Leader in Sports" and since its inception back in 1979 it has put fan innovation before profit. At the recently concluded [[xref:http://www.itbusiness.ca/it/client/en/home/news.asp?id=57639]] conference in Las Vegas Chuck Pagano, executive vice president of technology and operations at ESPN said technology played a major role in the cable channel's growth by enabling it to push the bounds of the content. Examples include the sailor cam for the [[xref:http://www.americascup.com/]] yachting race and the first-and-ten marker during NFL broadcasts.

It is this overarching commitment to deliver more for the viewer that brought ESPN to [[xref:http://www.cisco.com/]] ([[xref:http://www.nasdaq.com/aspx/infoquotes.aspx?symbol=CSCO&amp;selected=CSCO)|Page Not Found]].

ESPN will be using [[xref:http://www.itbusiness.ca/it/client/en/CDN/News.asp?id=45015]] to connect the soccer game to the global soccer community.

Rob Hunter, ESPN vice president for innovation, said he has been working with Cisco for two years and the networking giant has come up with a solution that solved a difficult communications problem specific to the remote South African region. "We have six satellite trucks and 17 electronic news gathering (ENG) crews so its more than likely someone will have to wait while someone else is talking," he said.

South Africa, because of its location in the world, presents a challenge for ESPN to provide the resources to remote locals such as the city of Port Elizabeth, which is hosting a few World Cup matches. Cost is another factor. "There would be huge expenses if we wanted to have communication from Port Elizabeth right to Mandela Square (in the Sandton suburb of Johannesburg) to the city of Cape Town for three-way conversation. The meter starts when we roll out those trucks," Hunter added.

Port Elizabeth and Cape Town are hundreds of kilometres from the International Broadcast Centre in Johannesburg and TelePresence will act as a virtual studio for ESPN during the month long tournament. The content from TelePresence activities will be converted to video files and posted on ESPN's soccer specific Web site [[xref:http://www.soccernet.com/]].

[[xref:http://www.itbusiness.ca/it/client/en/CDN/News.asp?id=11395]], president of Cisco Emerging Markets and former worldwide channel chief, said the cost savings by using TelePresence is up to $25,000 per interview over previous broadcast techniques.

[[xref:http://www.fifa.com/worldcup/index.html|FIFA.com - The Official Website of the FIFA World Cup™]] will also implement [[xref:http://www.itbusiness.ca/it/client/en/Home/News.asp?id=53332]].

Mountford said StadiumVision will enhance the live experience during the World Cup for broadcasters and the spectators. For example, they can order concessions through a mobile handset instead of waiting in line. For fan safety the technology utilizes arrows to guide them out the building. It can also promote information on teams and breaking news. The StadiumVision technology can also be used for other sports and rock concerts.

"I hate waiting in line especially with 700 English supporters trying to buy a beer and you miss the goal when you hear the scream from the back of the stadium," Mountford said.

Mountford believes that this technology enables new types of business models for broadcasters, stadiums and local governments who ultimately fund these stadiums. They all are looking for new service offerings especially in South Africa where they have built all these stadiums for the World Cup. "For me the great thing is to broadcast content over an app on your mobile phone with the latest team news. The spectator can get things in the stadium and pick up more content that they are interested in. It all can be connected via social networks and then the possibilities become endless. The technology is here and is only limited by the imagination. This will be the first time TelePresence is used to connect sports," he said.

Hunter said that ESPN came into the World Cup with a lot of concerns over the state of telecommunications in South Africa, but that concern was eased by the business partners who made the technology integration look seamless.

"I have to give a shout out to all the partners for their state of readiness and planning with the use of TelePresence for news gathering, the stadium connection with FIFA and Cisco who wired and networked all 10 stadiums," Hunter said.

The challenge for ESPN is to provide viewers with a 30 day period of games. These games come once every two to three days on average, but the interest on these games is every hour. "We want the whole world watching John Harkes (ESPN Soccer Analyst) and in a second react to the moment on the field without a (satellite) truck on call. It's a new approach that's 7 by 24 with interviews and news," he said.

Harkes, former U.S. national soccer player and current ESPN analyst for this year's World Cup, said as an ex-player on the media side presentation of the game is important but it also needs to be efficient. "I was blown away by TelePresence and at the grand stage of the World Cup it will bring all the personalities of the game to the viewing audience more efficiently," he said.

David Meads, a Cisco executive who runs the company's South African operation, said that the IP infrastructure for the tournament will stretch out to airports so that visitors will be engaged right away. Cisco technology will also be used on public transport and local security with wireless and video technology for ensuring public safety. "We hope to have a good safe event and the investment will serve to leap frog South Africa from an economic perspective beyond the World Cup event."