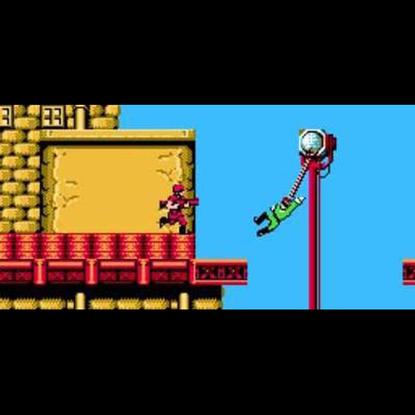 The original in all its 8-bit glory

In 2008, Capcom released an 2D iteration of one of its most beloved series, bringing back the classic gameplay of Bionic Commando but upgrading the game with HD visuals. This game was seen as many as the appetizer to the 2009 3D re-imagining of the series. Only one of the two games has been confirmed for a sequel, and it's not the big-budget blockbuster. In 2011, Capcom will be bringing Bionic Commando Rearmed 2 to the PlayStation Network and Xbox Live Arcade.

The game will include much of the same grapple-n-gun gameplay of the NES original and 2008 update, but will add a key element that many fans have been pining for since the beginning--the ability to jump. While seemingly minor as far as new features go, as players of the previous games will attest to, the new move has the ability to drastically change how Bionic Commando should play. Hopefully that change is for the better.