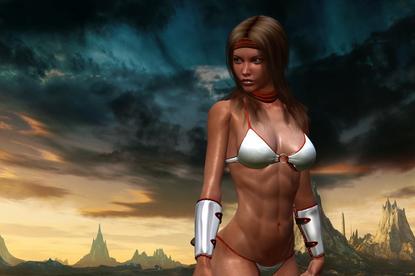 Rumors began circulating yesterday (starting at The Kartel) that developers at Sega Studios San Francisco had been notified that today would be their last day. Given the fact that this story sprouted on April Fools' Day, we were unsure whether it would turn out to be true. Unfortunately, we received word today from a Sega representative who indeed confirmed the studio's closure. Here is the statement:

"SEGA of America is sad to announce the closure of SEGA Studios San Francisco. It is an immensely talented studio and we wish all the best to all of the staff in all their future endeavors. Moving forward, SEGA will continue to pursue external development opportunities all over the world and will continue to grow the renowned SEGA brand."

Before assuming the Sega Studios San Francisco moniker and making Iron Man 2, the development team was known as Secret Level, and had created Golden Axe: Beast Rider and Iron Man for the PS3 and Xbox 360. Before being acquired by Sega, Secret Level was known for creating ports of games like America's Army: Rise of a Soldier, Star Wars: Starfighter, and Unreal Tournament.

The company's final game, Iron Man 2, is due out the same week as the feature film. Keep an eye out on GamePro over the next few weeks to see how the developer's swan song ended up.

To be honest, we're not exactly crushed to hear about Studios San Francisco's passing. Both Golden Axe: Beast Rider and Iron Man were god-awful games of the lowest calibre (scoring 47% and 46% on www.gamerankings.com, respectively).